As you know in our house we are Frozen mad and from Maya and Zayn’s Frozen party to watching the film again (and again and again) you would think that we’d be suffering from Frozen overload in our house.  But you’d be wrong!  When we saw the original adverts for the Frozen Sing-a-long-a we were super excited and couldn’t wait to join in the fun.  We decided that I would take Maya to the show and have a mother and daughter day out and this was the perfect thing for us to go and watch.  So here’s our review of the Magical Sing-a-long-a Frozen Show!

Well Sing-a-long-a is a touring entertainment company which aims to make the audience into the stars of the show.  The company have a number of films and tours ranging from Grease, to the Sound of Music to Frozen and the shows are super interactive and a whole load of fun.  The show is the full screening of the respective films with the added fun of the lyrics on the screen during the songs so the audience can unleash that hidden Elsa (or Anna in our house) in them with the music in full flow in the background! 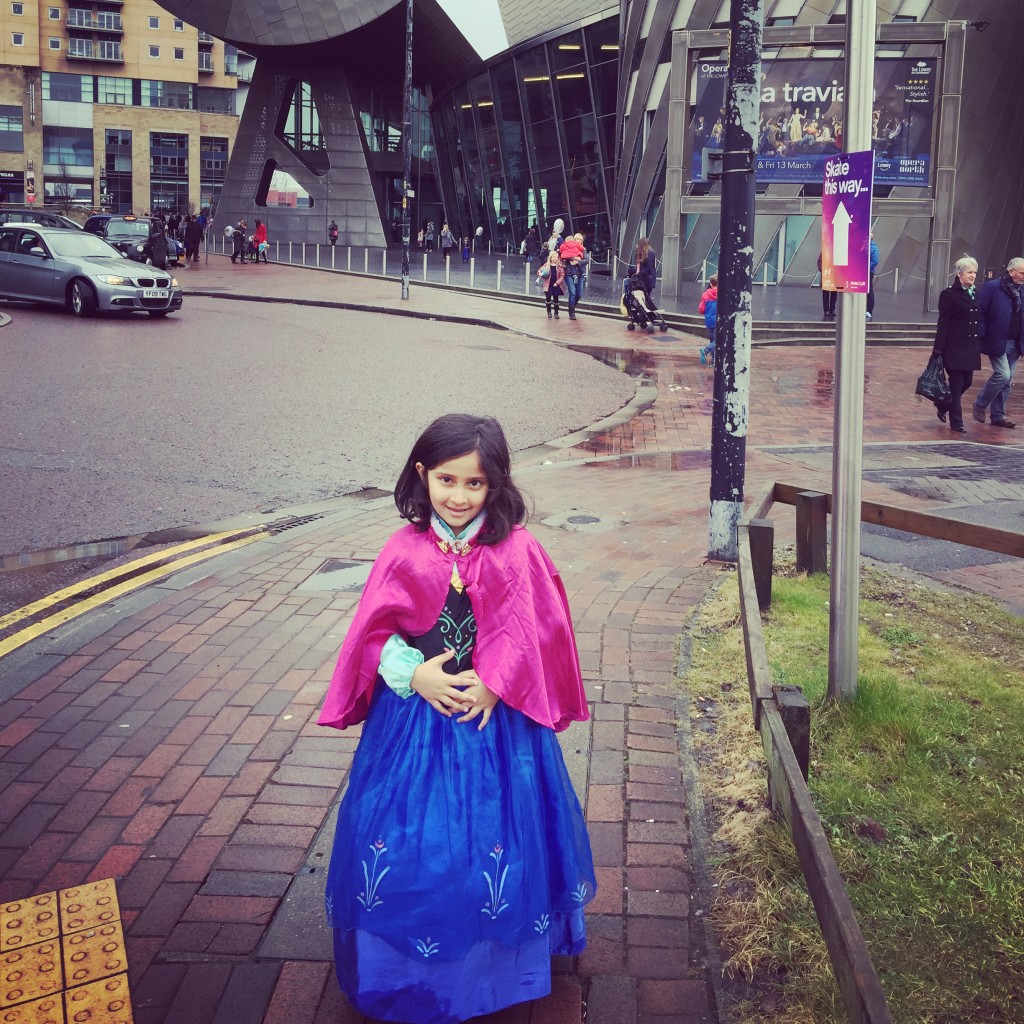 I love the Lowry theatre, there is always activities running for children especially at weekends so you can combine a show with some additional activities inside the building.  However, the location in Media City and being situated on the quay makes for a really lovely setting.  You can easily spend hours just walking around, showing the children the sites (Old Trafford is over the bridge) and has its of lovely food places opposite so it is an opportunity for a real day out.

I knew that anything Frozen related would be an automatic hit with Maya but I wasn’t quite sure whether I would like it or if I would recommend it to a friend.  However, after watching the show I can safely say its a big thumbs up from us and we would recommend any Frozen fans out there to get to their nearest show as its a great day out.

On arrival at the Lowry theatre, there are walking snowballs to greet the children and the sheer number of little princesses is a sight to behold. 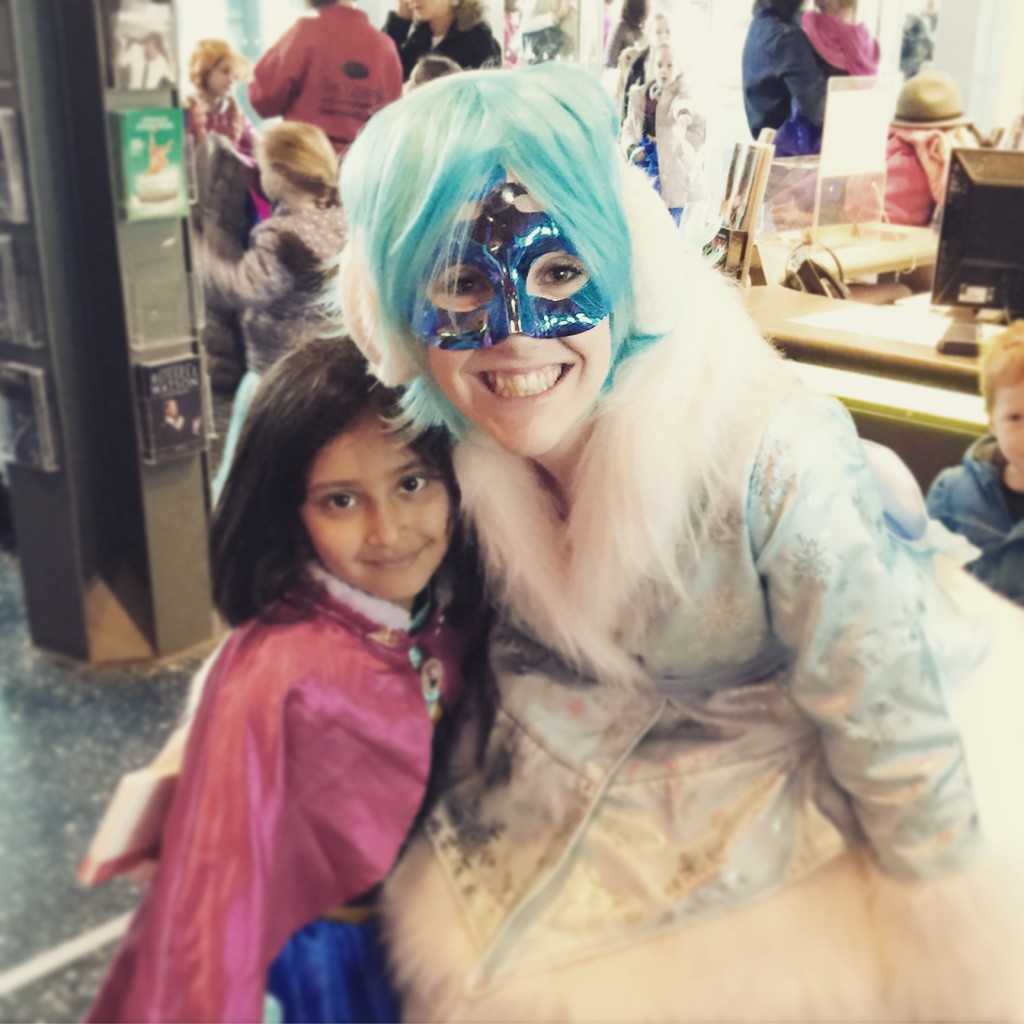 With the start of the show, you are introduced to your host for the show, the Glaswegian sister of the Sauna owner from the film.  The host was really entertaining and made plenty of jokes to have the parents laughing along, a really nice touch to have the parents being involved instead of it being purely for the children.  Before to the screening of the film, the host  also introduced the audience to Anna and Elsa who interacted with the children and all the children were mesmerised.  Maya particularly loved Anna showing the children a simple dance routine to one of the songs.  Following this the princesses went off stage into the audience to find children who are dressed up and to say hello to everyone.  I loved this part of the show as I think this is something really lacking in normal theatre shows as the children want to get up close to the characters but aren’t able to do so.  Maya was on cloud 9 after Anna high-fived her 🙂  Each person is given a  goody bag and its great as they are made to be part of the show, from the grey balloon that are trolls, to the hand clappers that are to be used when Sven is running.  I found the show to be really interactive with the children needing to boo and hiss, shout warm hugs and carrots in addition to the opportunity to sing a long to the songs.

Following this the film starts with the princesses, the host coming onto stage during various parts of the show.  Given the length of the starting segment, there was a well timed intermission.  Before the film started again in the second half again the host really interacted with the children and they were given a few more things to do during the second half of the show.  I partially loved practising to freeze like Anna and the host crying “oh no my sisters an ice cube!” 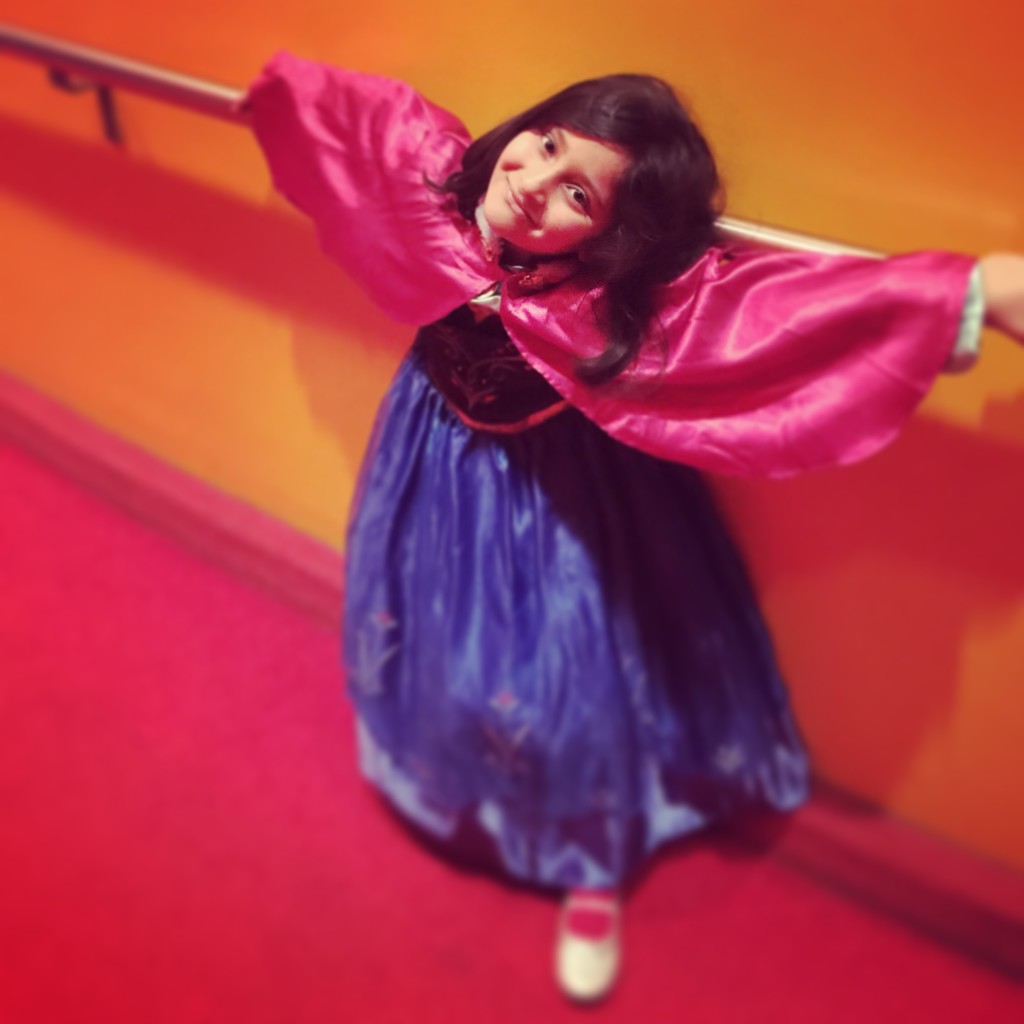 I loved the show, there is loads of interaction with the audience, even the youngest of children would be entertained.  The ‘snow’ falling at various points was a really nice touch and the excitement and magic it brought to the children was really great to see.   One of the highlights for me which totally won me over was that children were able to happily and were encouraged to actively get involved.  It such a refreshing change to see the children singing and dancing along, being able to talk and get involved with a show.  We have taken the children to lots of shows in the theatre but they get a little fidgety towards the end but this was a great  way of engaging with the children and letting them be just that, children.  Maya was totally wowed by the show and came out with the biggest smile on her face.  She hasn’t stopped talking about the show and was making her brothers very jealous as they had missed out.

The cost of tickets were between £10.50-£15.  Initially I thought about whether this was too much to pay for just watching a film.  However, Sing-a-long-a make it so much more then just a film, it is an actual show and a really good one at that.  In addition, the cost of going to the cinema these days is so high that the cost wasn’t too far off a normal priced cinema ticket.  The setting is in a lovely theatre and it feels like a real event that you are going to rather then just going to the cinema.

The show was a big hit in our house and we would wholeheartedly recommend this to everyone!  We will leave you with a short vlog we made of our fab mother daughter day at the Magical Sing-a-long-a Frozen show!