We recently published our comprehensive review contrasting the pros and cons of the market leading drone ‘DJI Phantom 4’  with the  two new additions, the ‘DJI’s Mavic Pro’ and the ‘GoPro’s Karma’.  These 2 new additions have caused a lot of excitement as they are a lot smaller and more portable which has generated greater mass appeal.  With Christmas swiftly approaching, its seems that both DJI and GoPro are under a lot of pressure to uphold performance and delivery promises.   So far neither of these drones releases has been successful in upholding their promise and has already disappointed many customers. 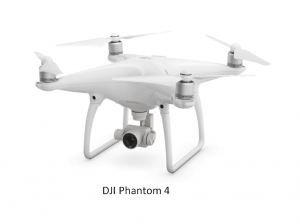 In our review we had chosen the ‘DJI Mavic Pro’ as being the superior product and overall winner.  The stock for these remains problematic with shortages reported worldwide.  There’s obviously been a higher demand than production supply; possibly due to one or a combination of the following:   the marketing team not anticipating the demand, the production with its tiered supply chain not being able to keep up, or it is part of DJIs risk reduction/management strategy possible because they have found unexpected problems that need ‘ironing out’ or they need to finish all required testing.  We felt that the Mavic Pros announcement was a reaction to the release of the Karma with its originally planned release pulled forward.   With this in mind, there is a good chance that DJI would be taking some risk in prematurely releasing their product that may not have undergone all the planned functionality and production related tests.  Organisations are now being pre-cautious especially after witnessing the the Samsung Note 7 release earlier this year.  A recall could be very costly and would seriously cripple reputation, and therefore the management of this risk is a critical to its success, and may be a factor causing the delay. 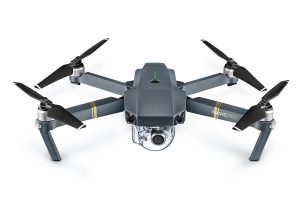 We are still currently waiting to order ours, but from what i gather,  they won’t be available just yet, and with more delays being reported, there is a huge risk that we won’t get ours until after Christmas, which is disappointing as it was announced in September for availability in mid-October.  Although  DJI  had accepted pre-orders they have failed to ship on their promised dates without any reasonable explanation.  DJI have recently provided a statement claiming they are now at full production rate with anticipation to clear all pre-Novembers orders in approximately two months’ time.   This means that there will be annoyed customers, especially if you have not ordered  yet, as it probably wont be available until the new year.   Unfortunately for most,  the supply and demand laws of Economics rules the the world.  This is however  good news for some lucky consumers who will get hold of one in coming weeks.  They may also be able to profit by re-selling them at inflated prices; the evidence is already there on eBay with some being sold in advance at over 3x their retail value.

It’s not been good news for the Karma so far.  After they had announced their model, offering many features and a unique perspective/concept from having a removable camera and stabilisation, the Mavic Pros superiority, announced a week later, had already withered its demand.  Although they sold for a for short period, the units have been put ‘on hold’ with no more units being sold as they started falling out of the skies due to a power issue. The GoPro team has been forced to issue a recall giving refunds and no replacements at the moment.   Consumers can expect the GoPro team to resolve the issue and re-release the product soon.  We’ll just have to wait and see when this might be.

Keep up to date on this topic by subscribing to our blog.