Being an Olympian in Athens, Panathenaic Stadium 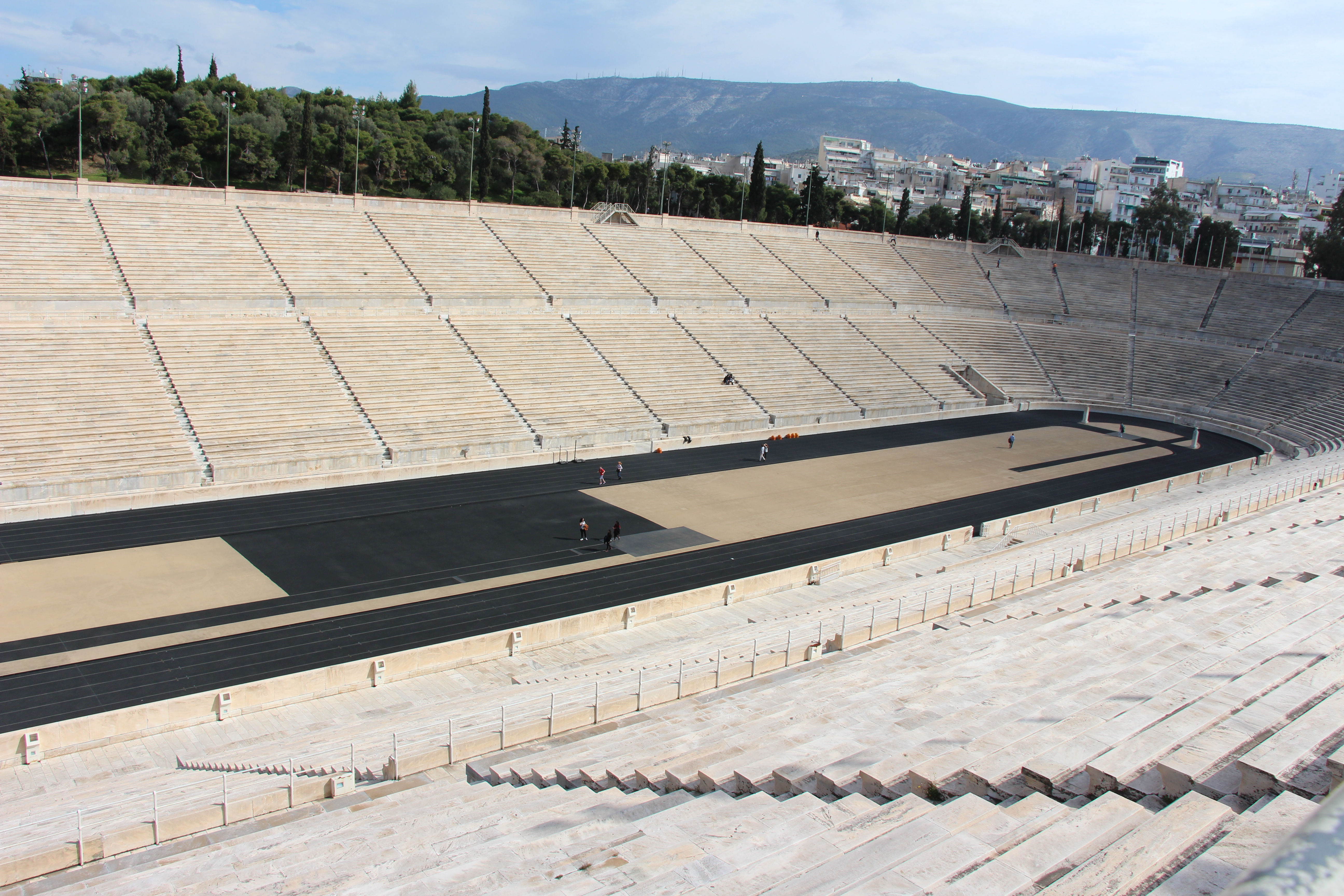 Athens’ history is one of the most documented and well preserved from most capital cities in the world.  Even today, walking through the streets of the city you have remnants of a time gone byand it invokes a genuine feeling of awe.   One thing that I have always associated with Athens is the Olympic games and when I saw the chance of being an Olympian in Athens, I couldn’t resist.  The visit to the Panathenaic Stadium was a highlight and possibly the most family friendly activity we tried.   How many children can say that that they got to follow and run in the actual stadium which hosted some of histories most famous Olympic games.

What is the Panathenaic Stadium

The grand Panathenaic Stadium was originally built in the 4th century BC as a venue for the athletic element of the Panathenaic games.  However, after hundreds of years of disuse, the stadium was completely restored in 1895 and hosted the first modern day Olympic Games in 1896. The current stadium is a replica of the original Panathenaic Stadium and was even used for archery competition and the marathon finish in the 2004 Olympics.  Today, the stadium remains the only stadium to be built entirely of marble and is a true sight to behold. 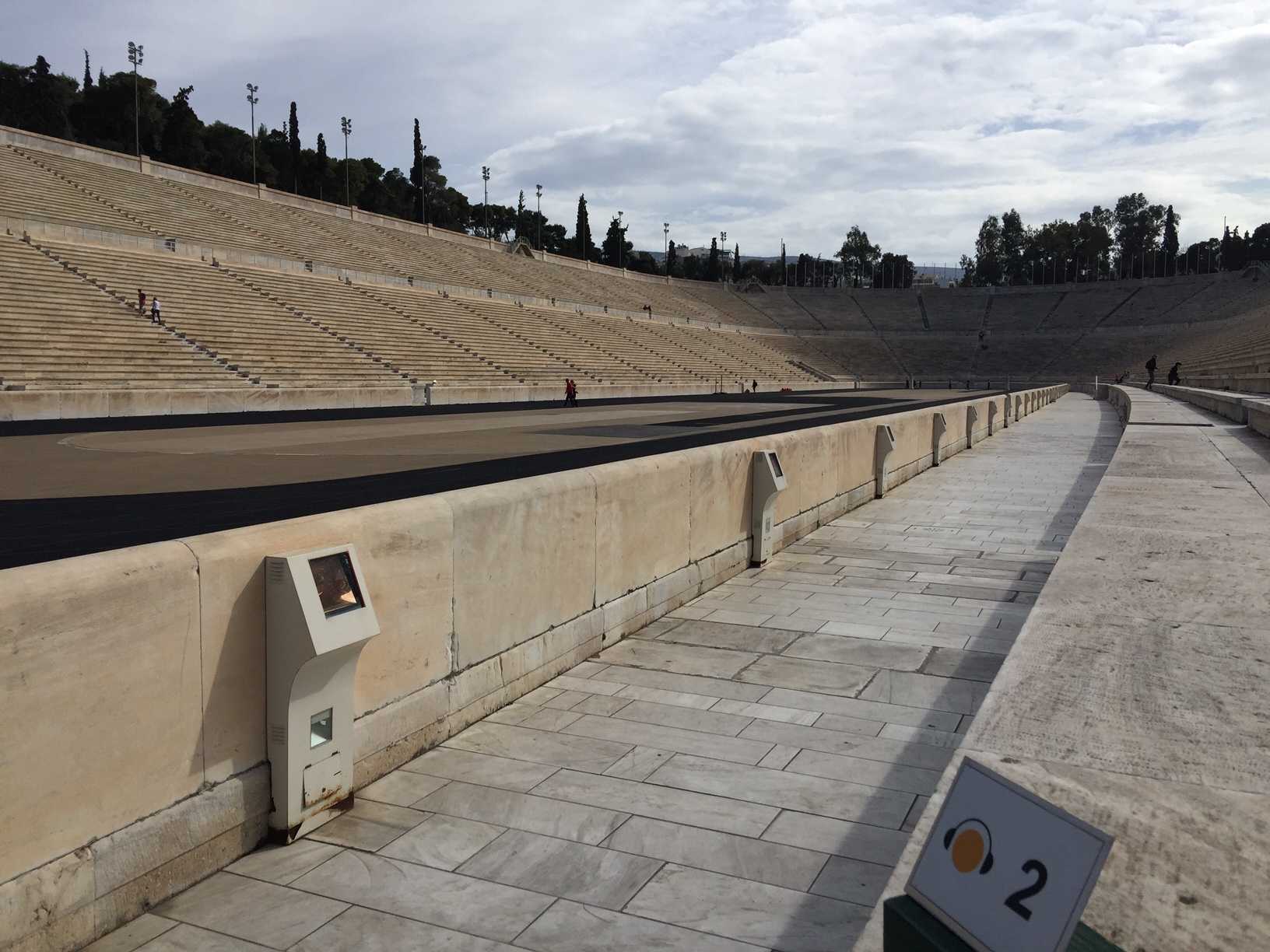 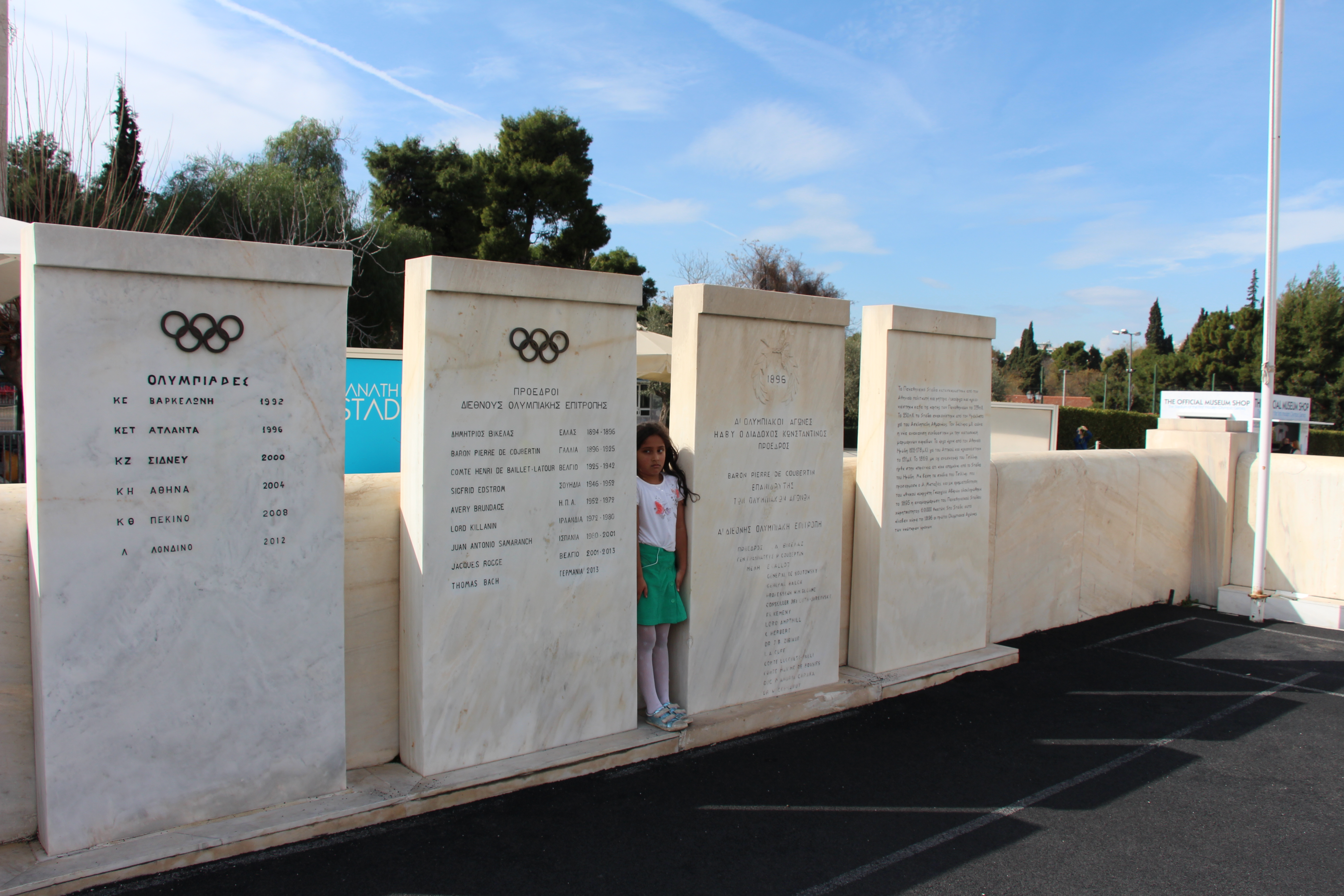 We only discovered the Panathenic Stadium through our Momabroad planner and really loved the sound of the stadium and that you can actually get hands on by letting the children get onto the track and having a run around.  The stadium is within easy walking distance of the National Gardens and was a lovely walk to see some of the sights of Athens most travellers miss.  We thought it was a great place for a walk and play if you have children with you.  On arrival at the stadium, we saw lots of tourists outside of the grounds of the stadium taking pictures and  you do actually have a good view of the stadium without paying the small entry fee.  However, we decided to go inside and you can buy tickets which cost only 3 euros per adult, 1.5o per child (under 6 years old are free).  The admission fee also allows you to access the audio tour. 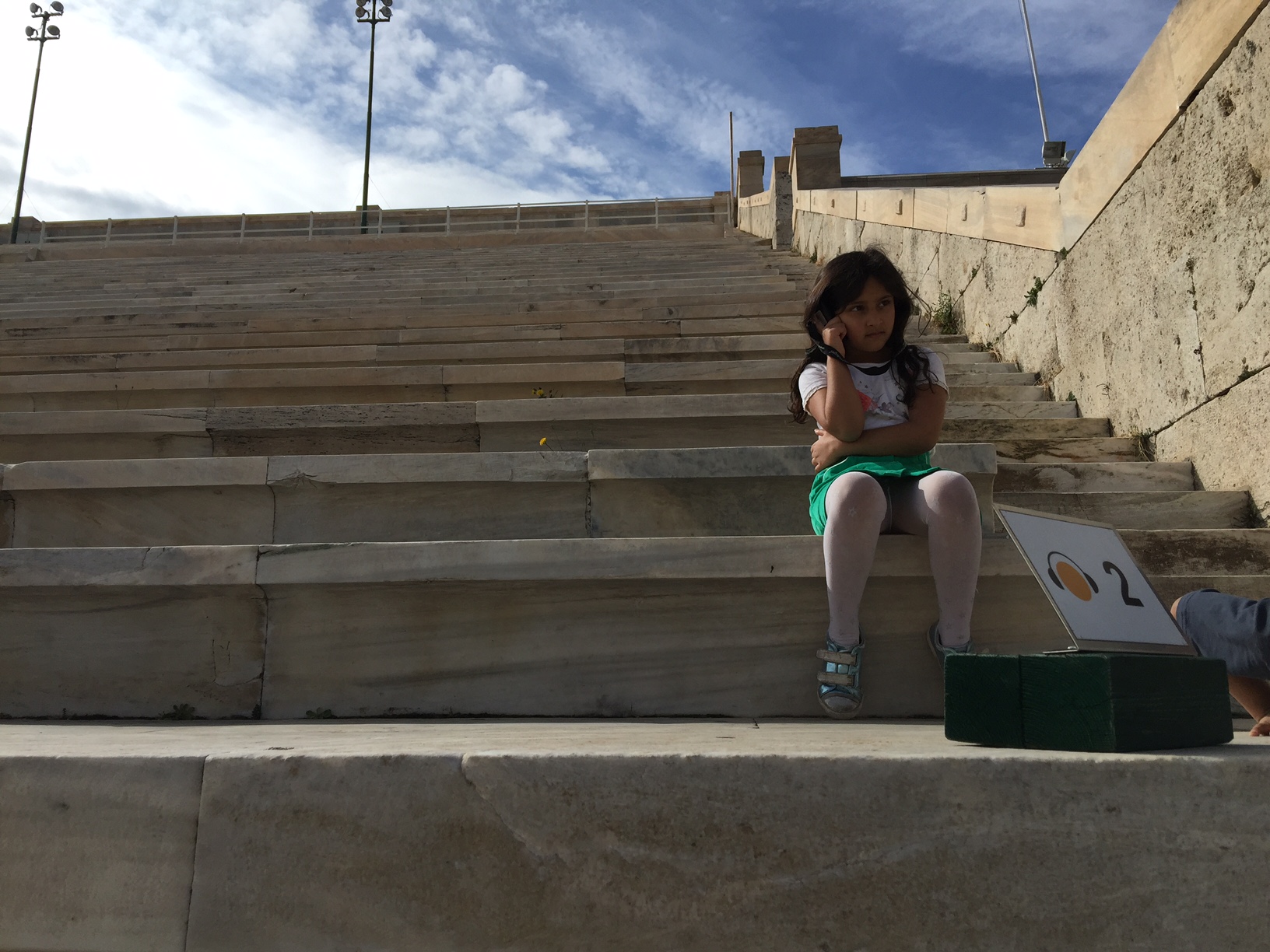 We were so glad we paid the entry fee and went indoors as you cannot appreciate just how huge the stadium is from the outside.  Our little adventurers loved climbing all the stairs to the top and its surprising just how high you are once you get there.  There is a lovely view of the Parthenon and also the surrounding neighbourhoods from the top.  I am not a big fan of heights and its quite daunting as you get higher.  My little adventurers on the other hand were weaving in and out of every stand, climbing, jumping and I was watching in horror remembering that it is all made of marble.  This year we are keen on getting the little adventurers to understand and appreciate a little more about our travels so I sat down with them and explained the Olympic games and how amazing it would be to perform in a stadium.  Raihan was a little unsure, and I said to imagine if this stadium was full (capacity is 50,000) and if you were one of the athletes running on the track and everyone was shouting your name, cheering, how amazing would that feel.  It was great to see the kids eyes widen and this is why we travel, to get that feeling of awe in our children of history, nature and what things they are to see and experience in the world. 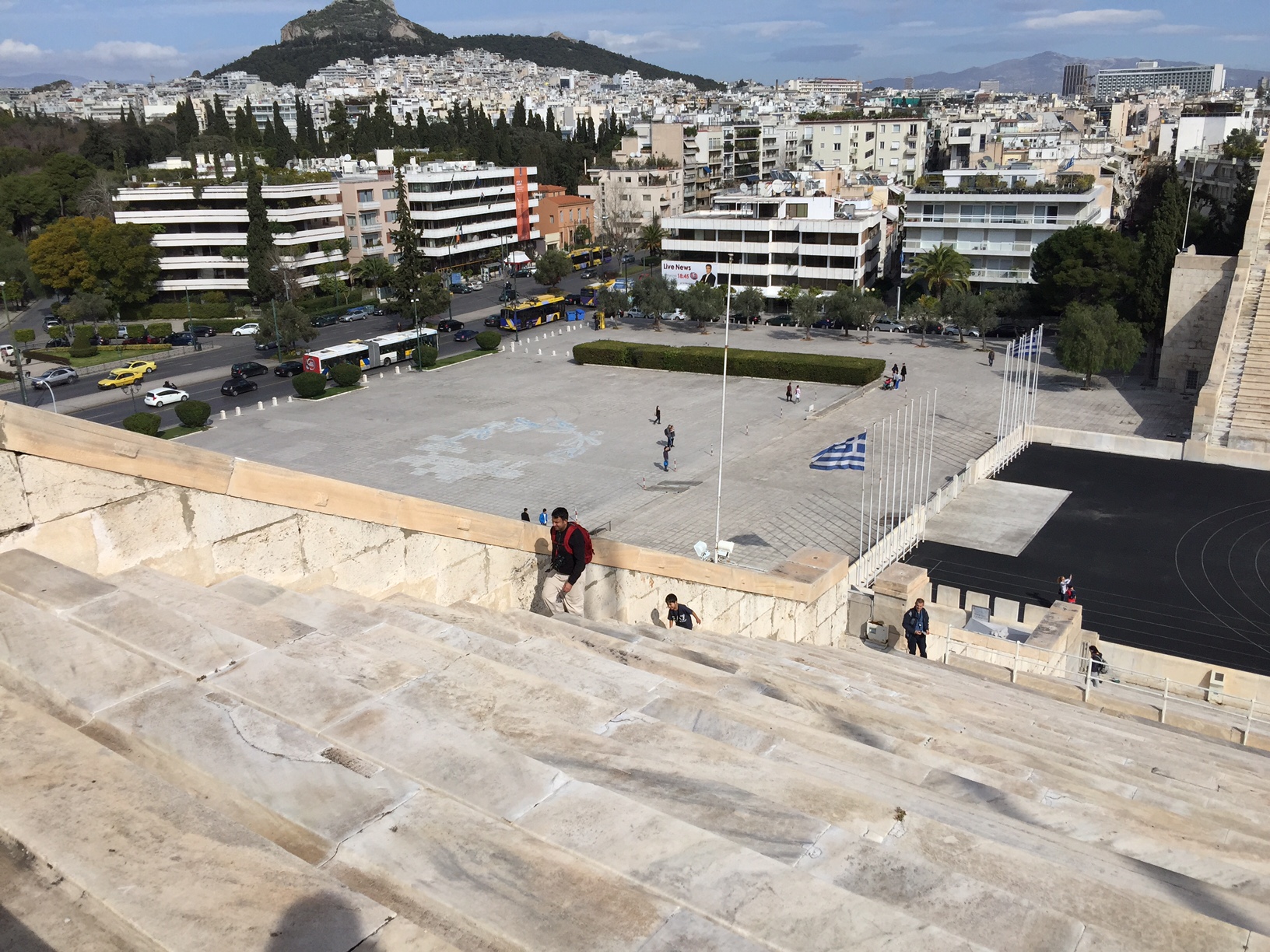 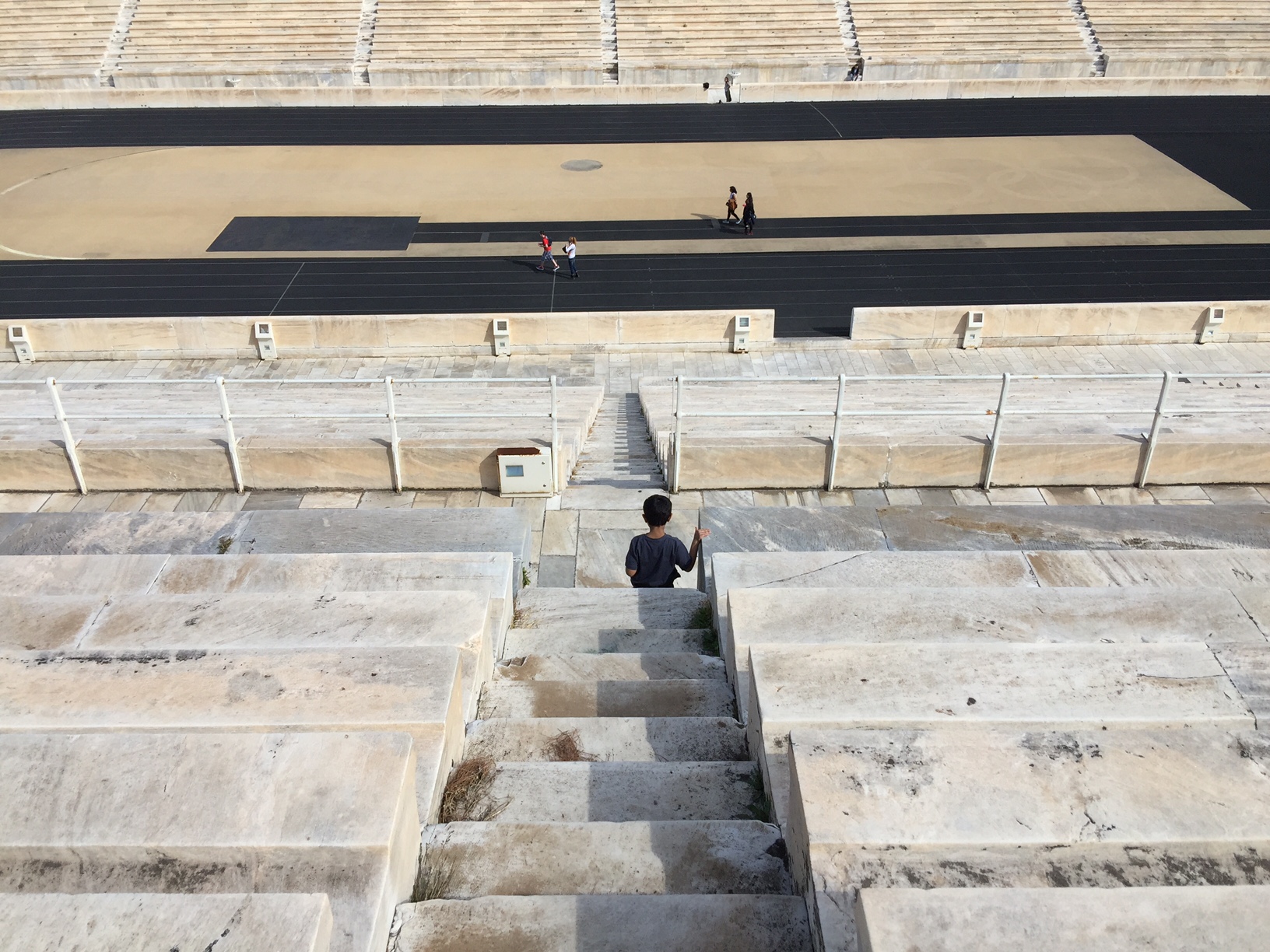 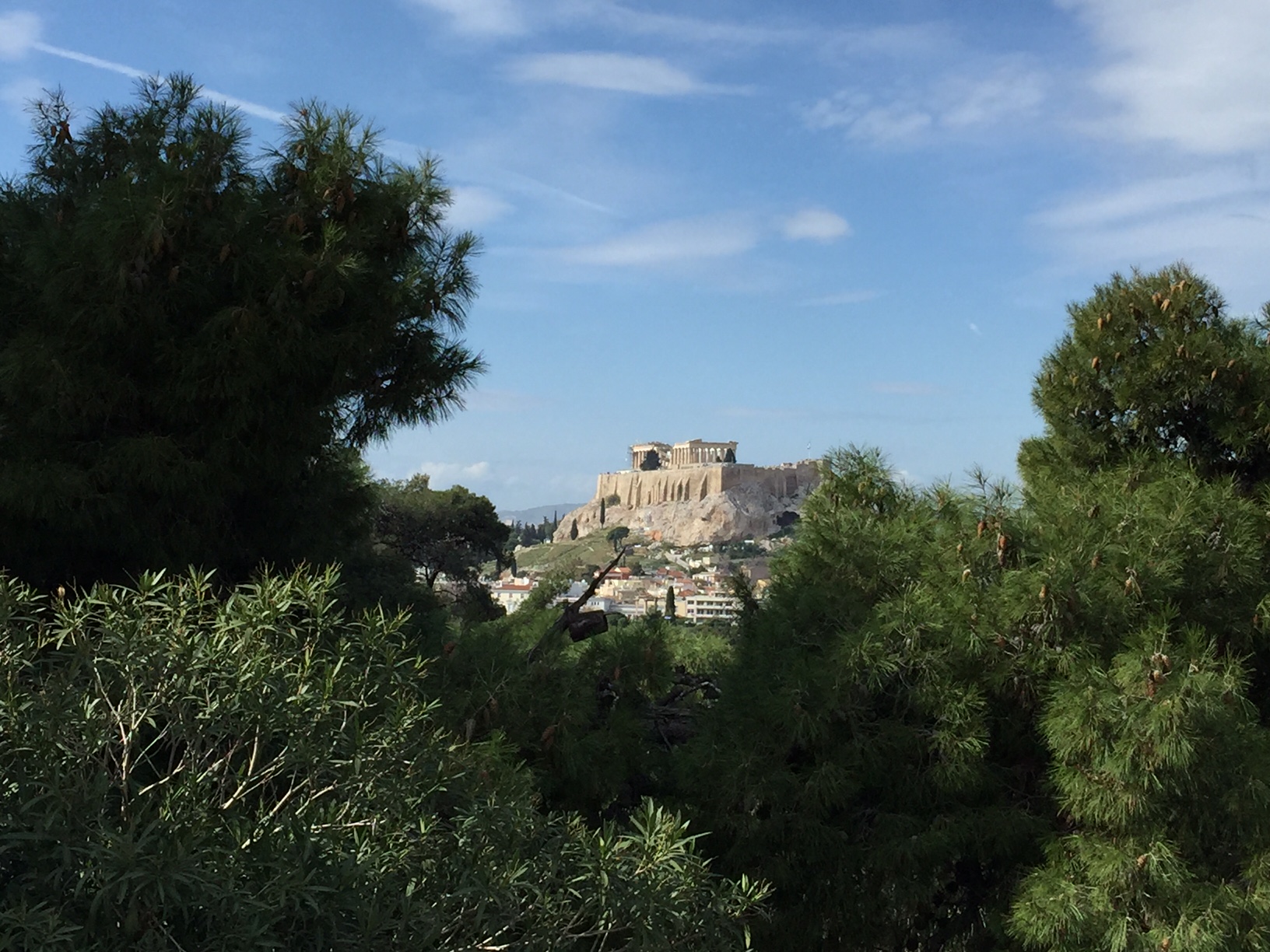 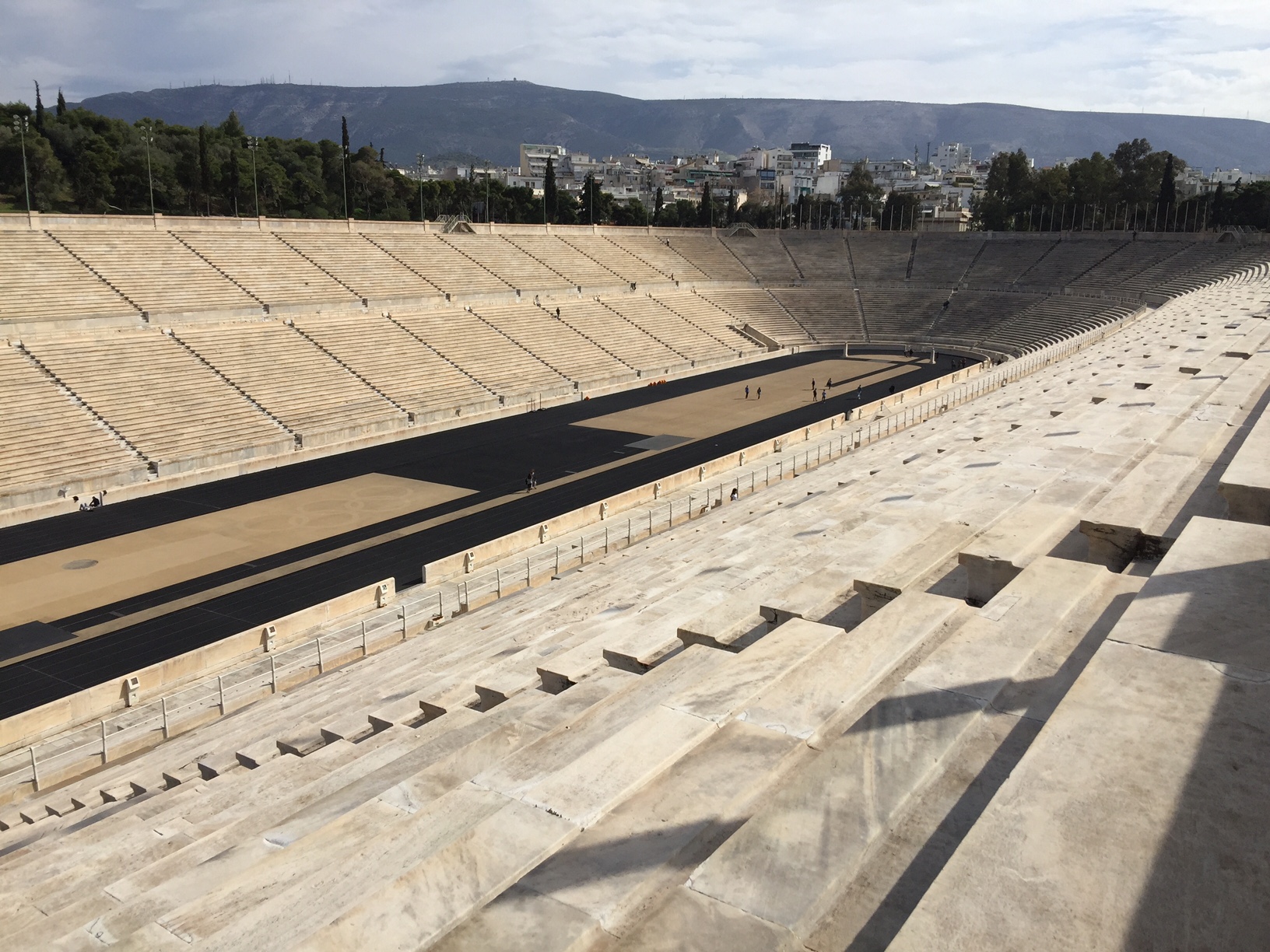 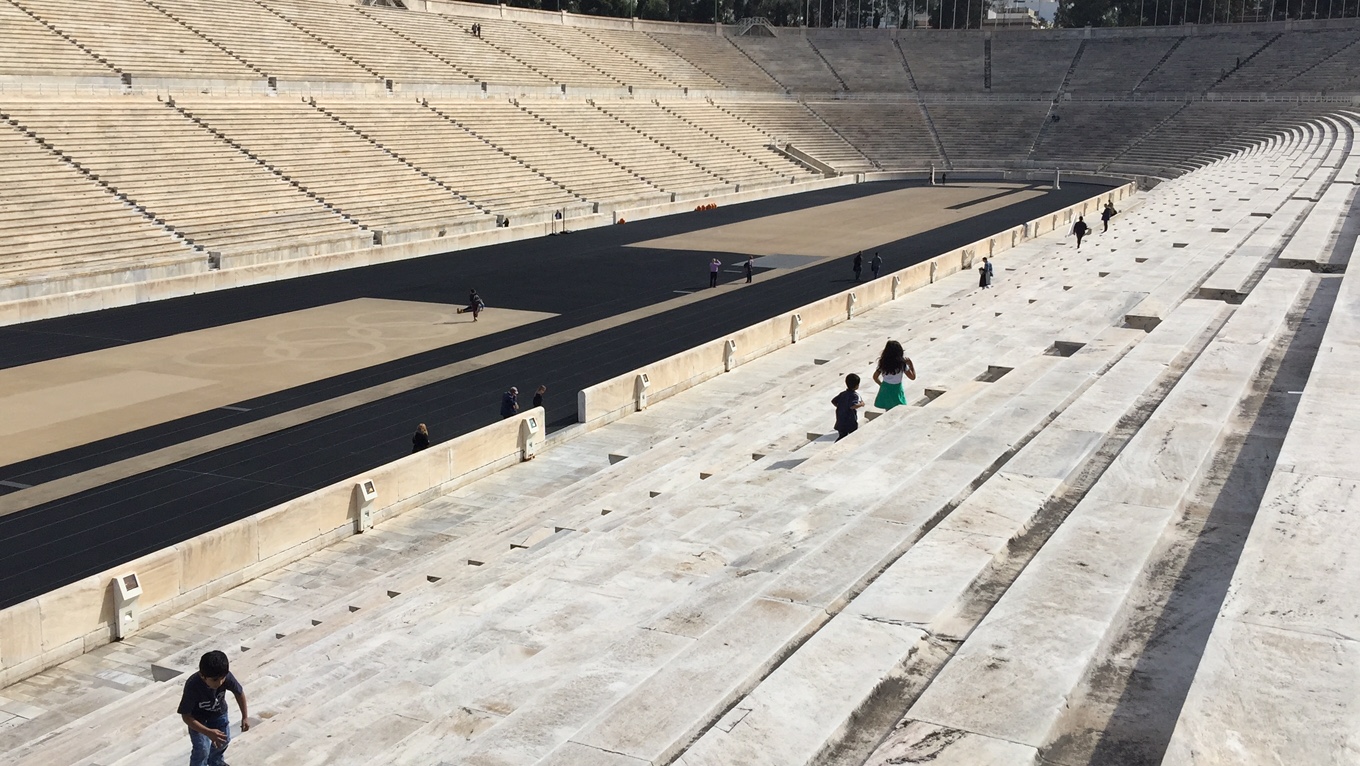 The highlight of the visit to the stadium is to actually go on the track and have a race.  I was super excited and it was really amazing to know how many amazing athletes would have stood in these very places, I was literally skipping along.  I decided (with hindsight not the best decision) to get the little adventurers to have a race.  The kids lined up, we did an official start and off they raced.  Obviously, as the oldest Maya was the fastest and could carry on the longest.  Within 10 metres Zayn fell to the floor in floods of tears, after 40 metres Raihan realised the race was lost to him and gave up whilst Maya did a lap around the stadium.  Once the boy adventurers calmed down we let them have a few races with their dad and it was great to see them having fun. 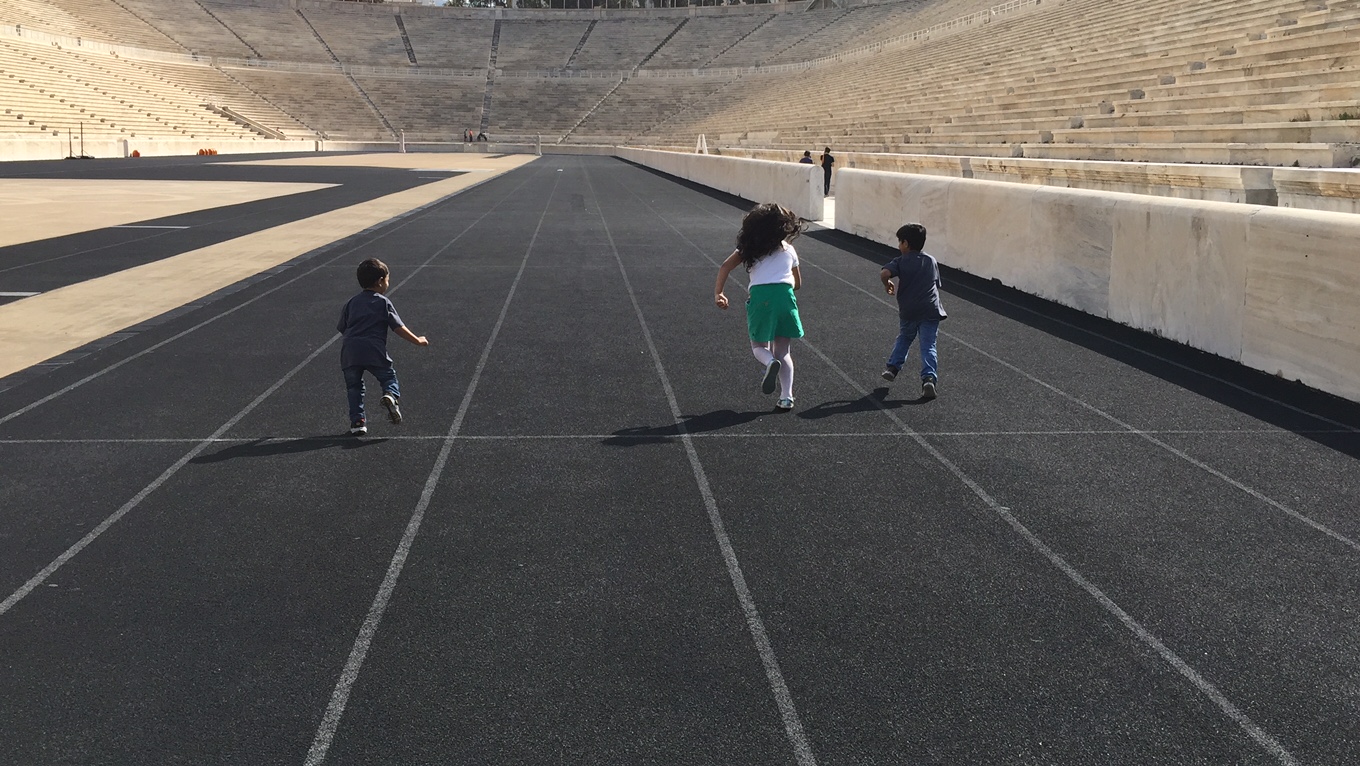 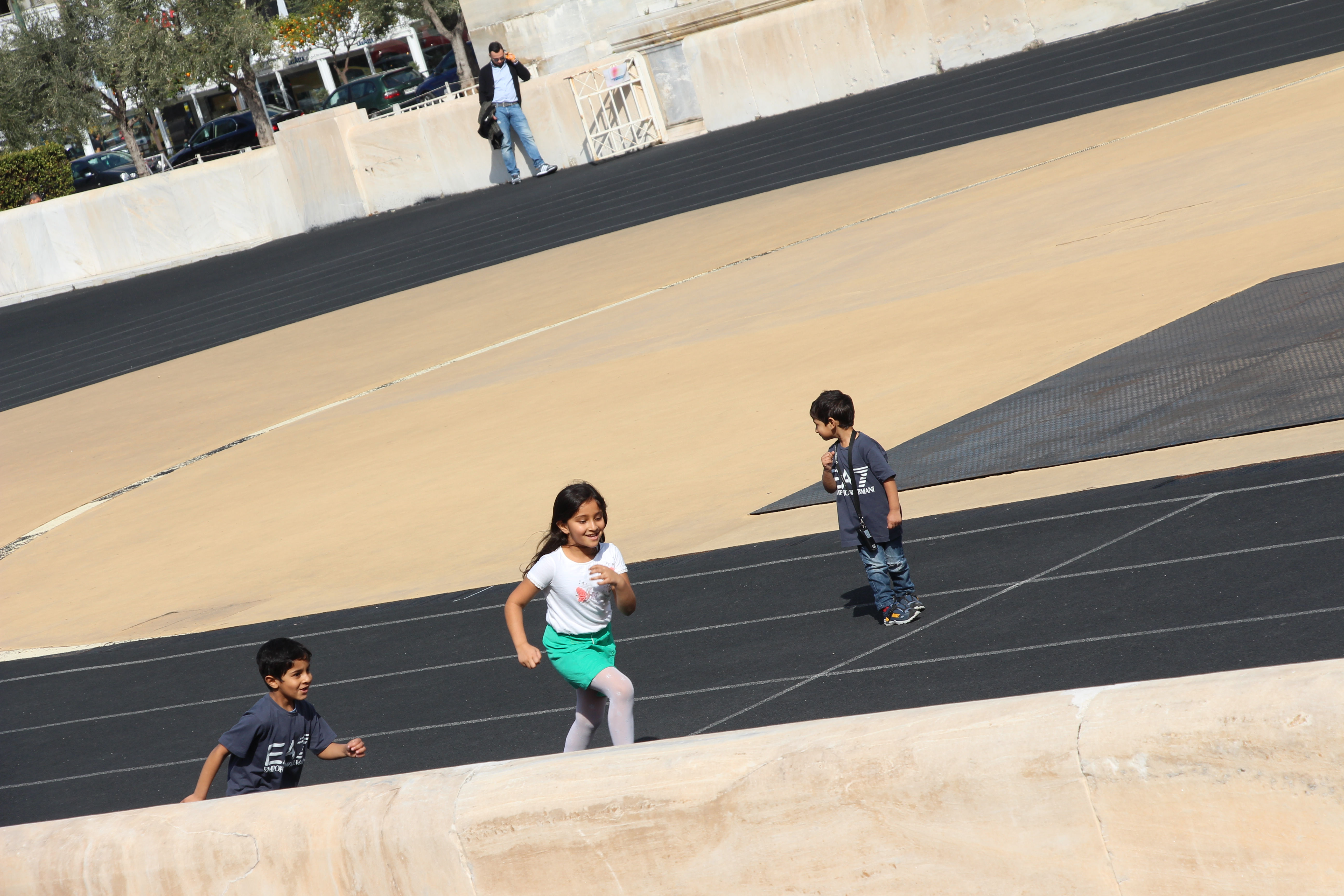 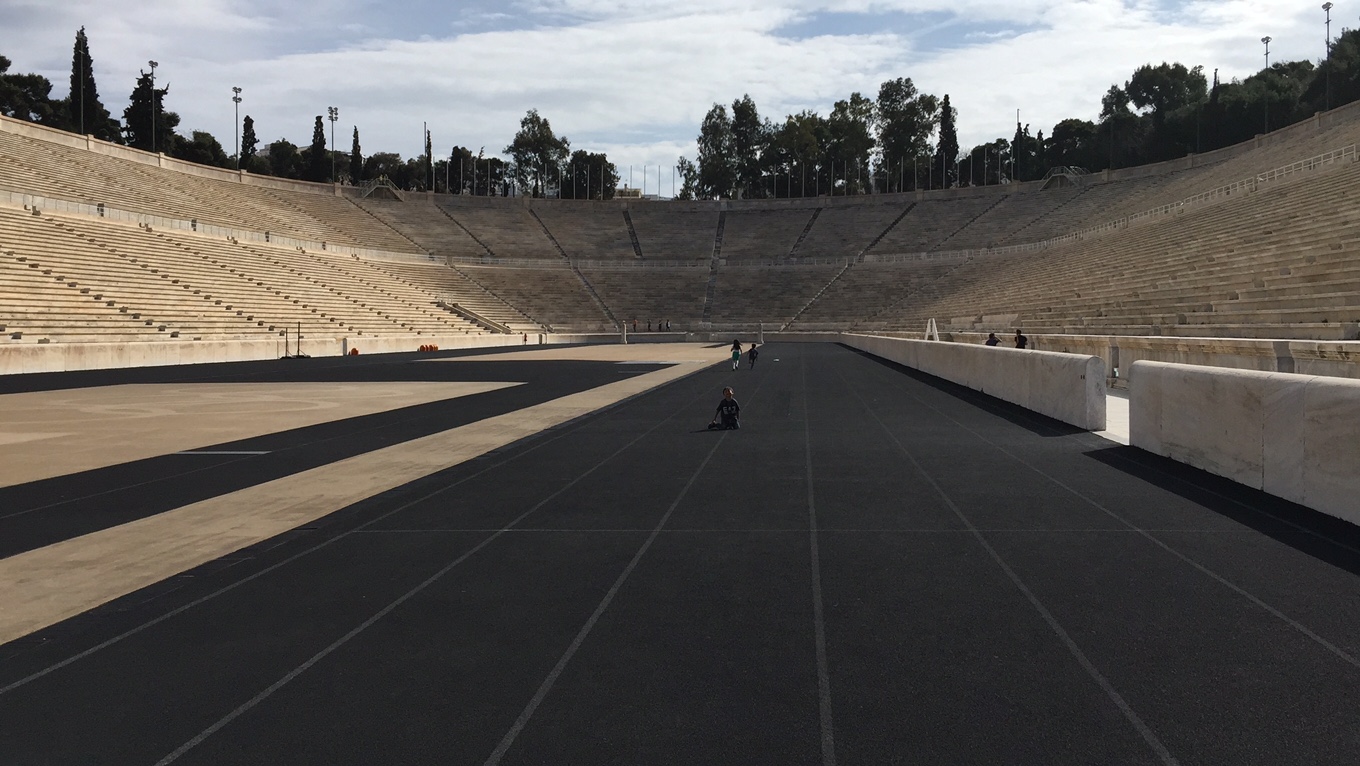 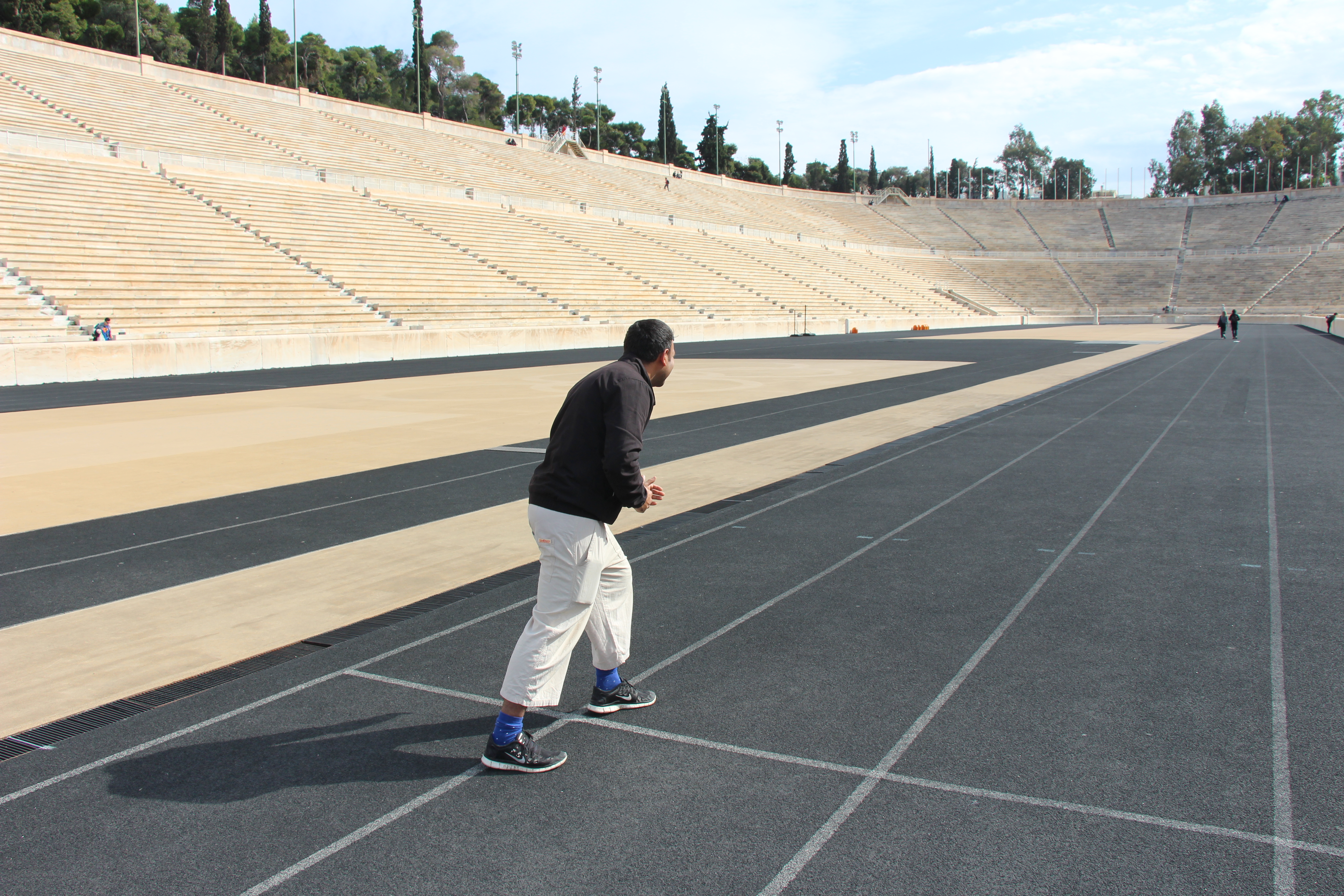 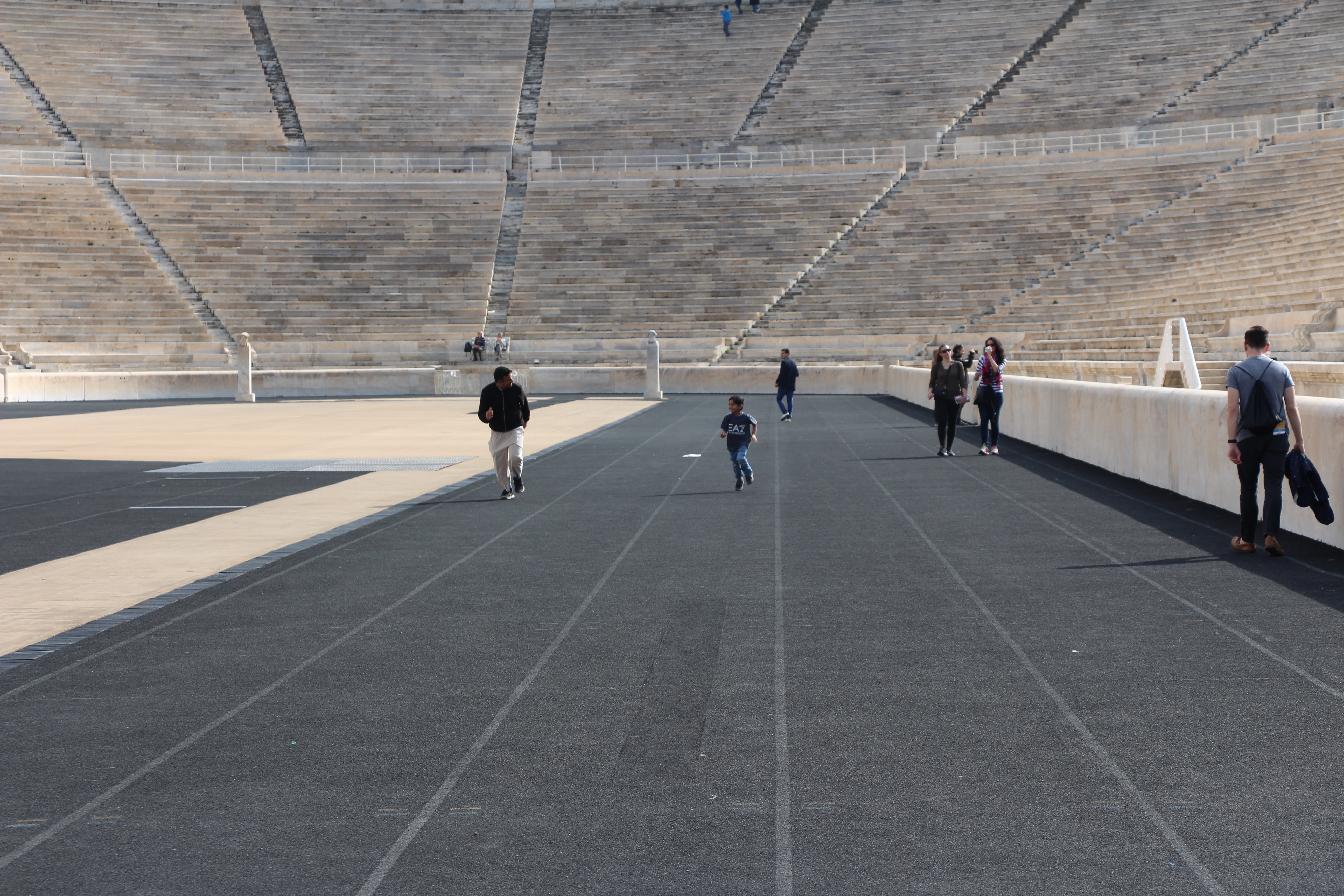 They also have a podium and the kids were really excited to have their pictures taken on the wining places.  The pictures below show that family travel isn’t always smiles and well behaved children, as Maya was the winner she felt she had the rightful spot to the first place, much to the disappointment of the boys.  We had lots of tears but these pictures are the epitome of travelling as a family, it ins’t all instagram picture perfect moments, but it is these moments which will make you smile when you look back at the pictures in years to come. They bring a smile to my face every time I see them. 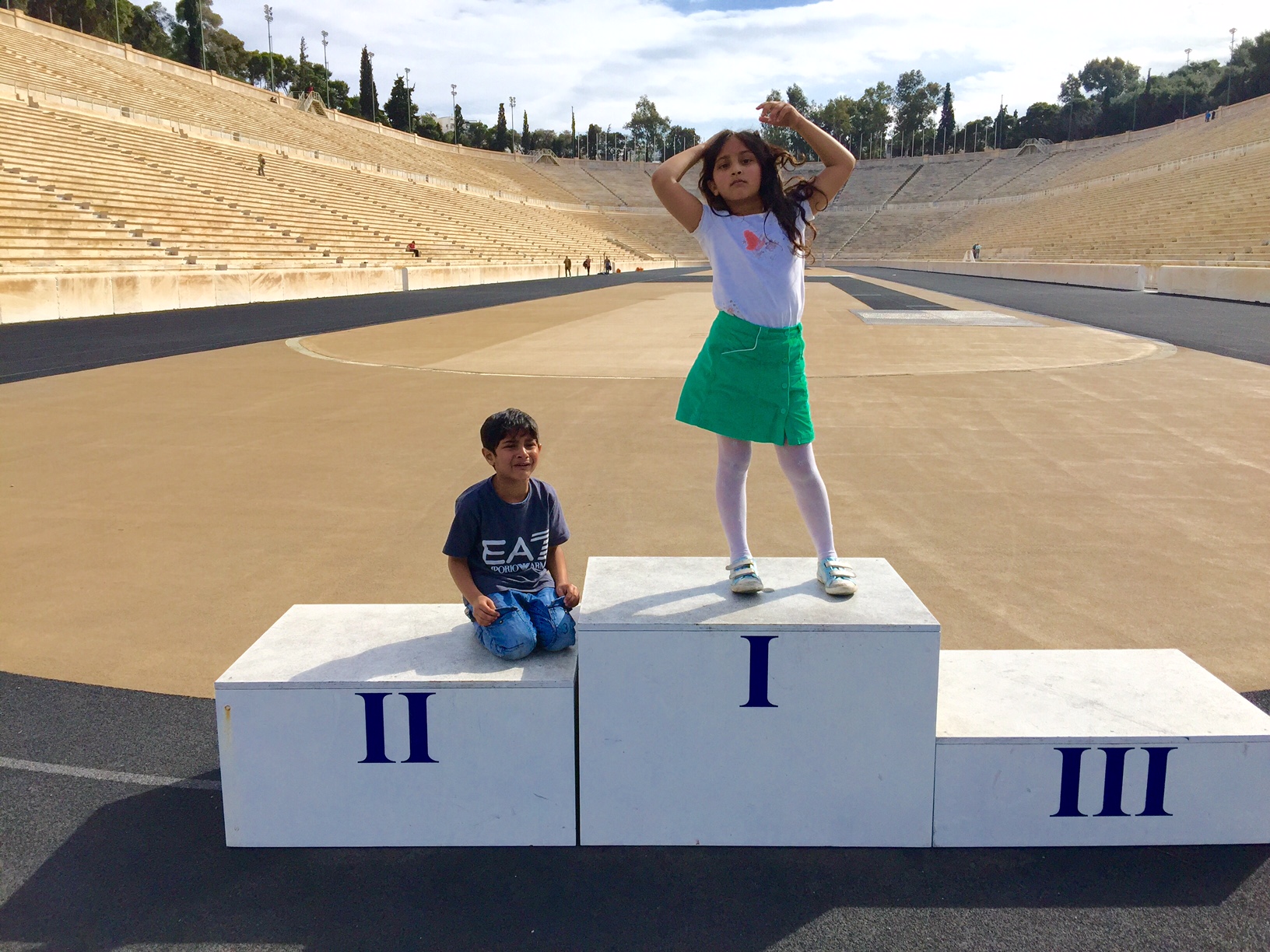 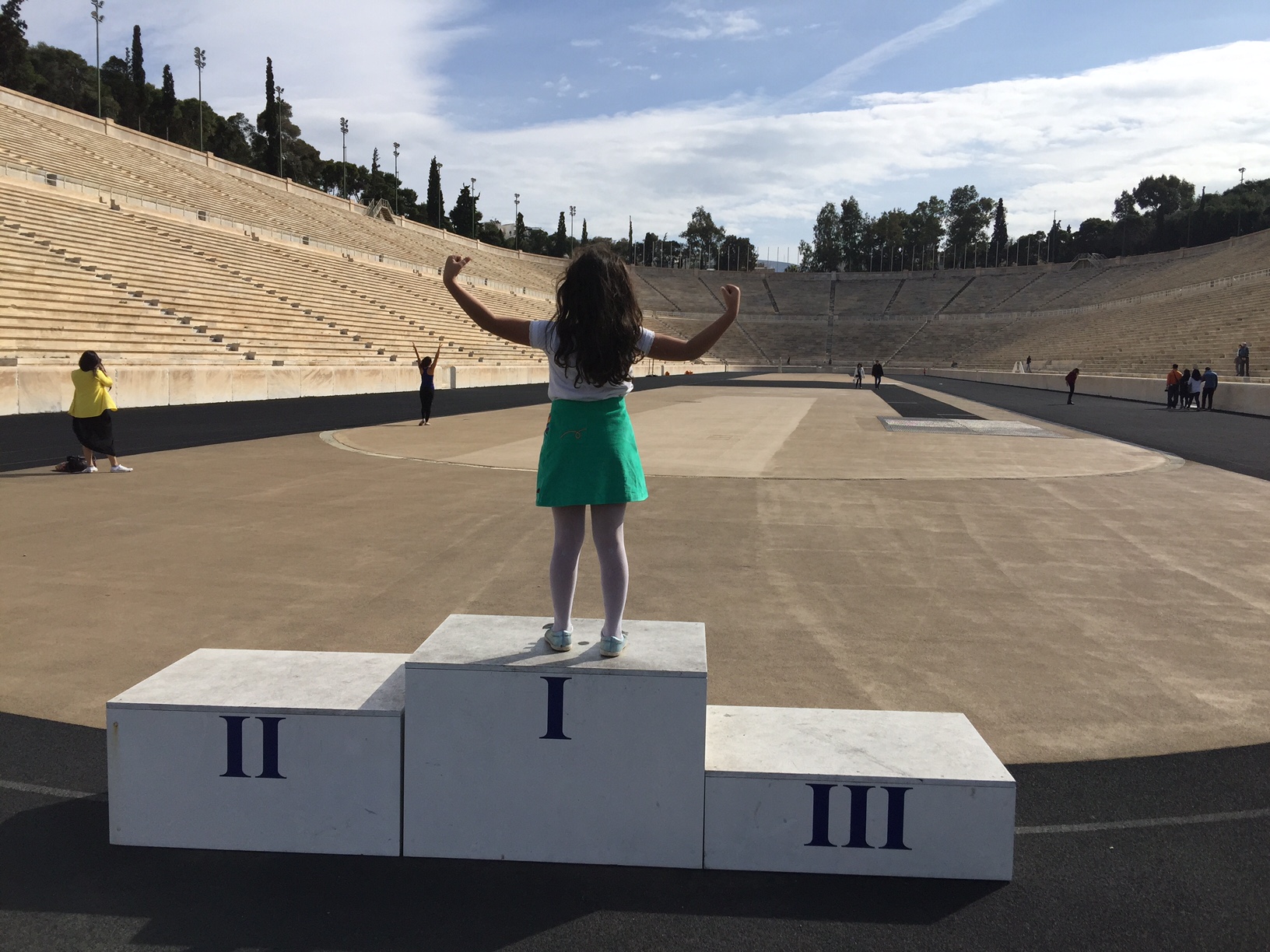 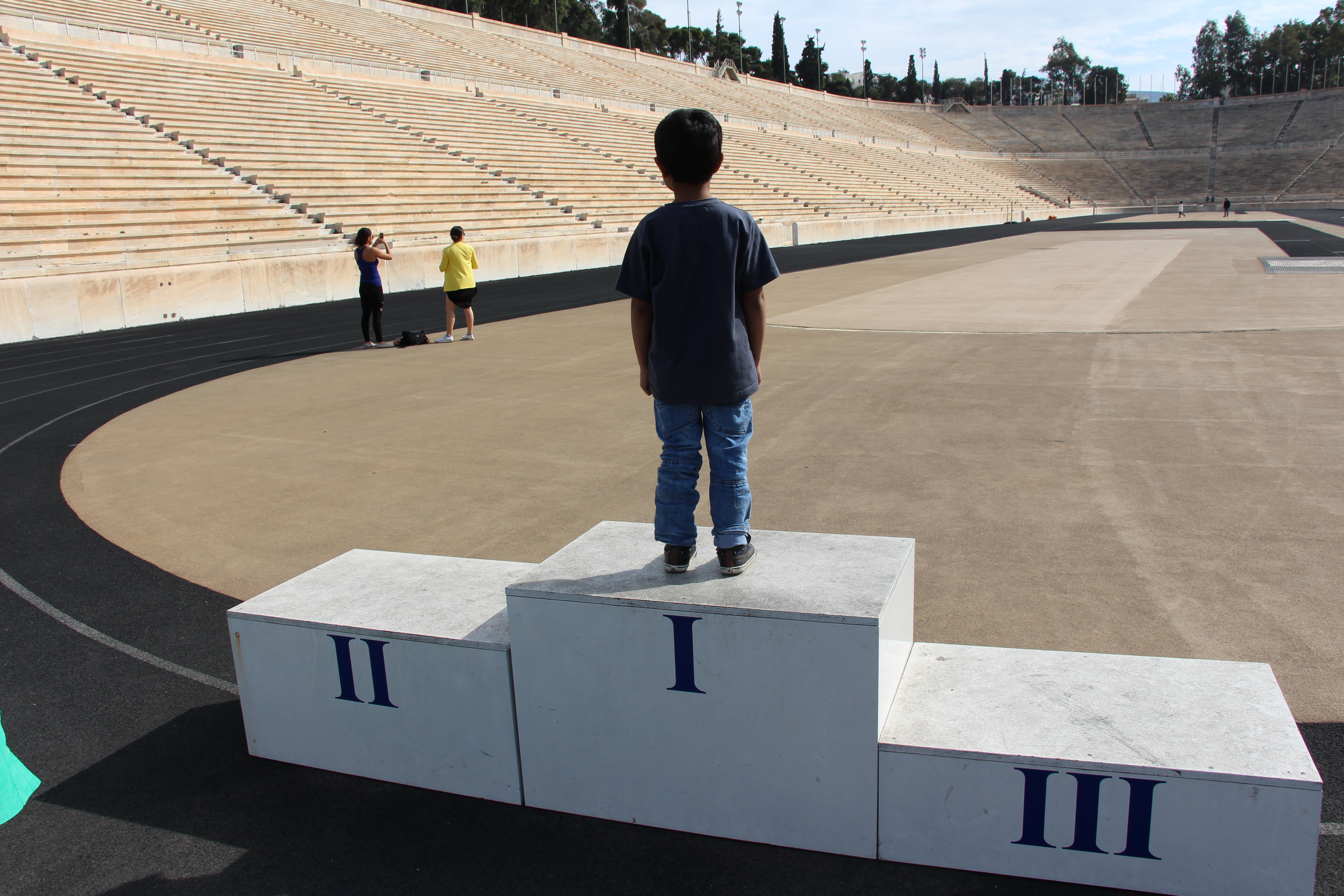 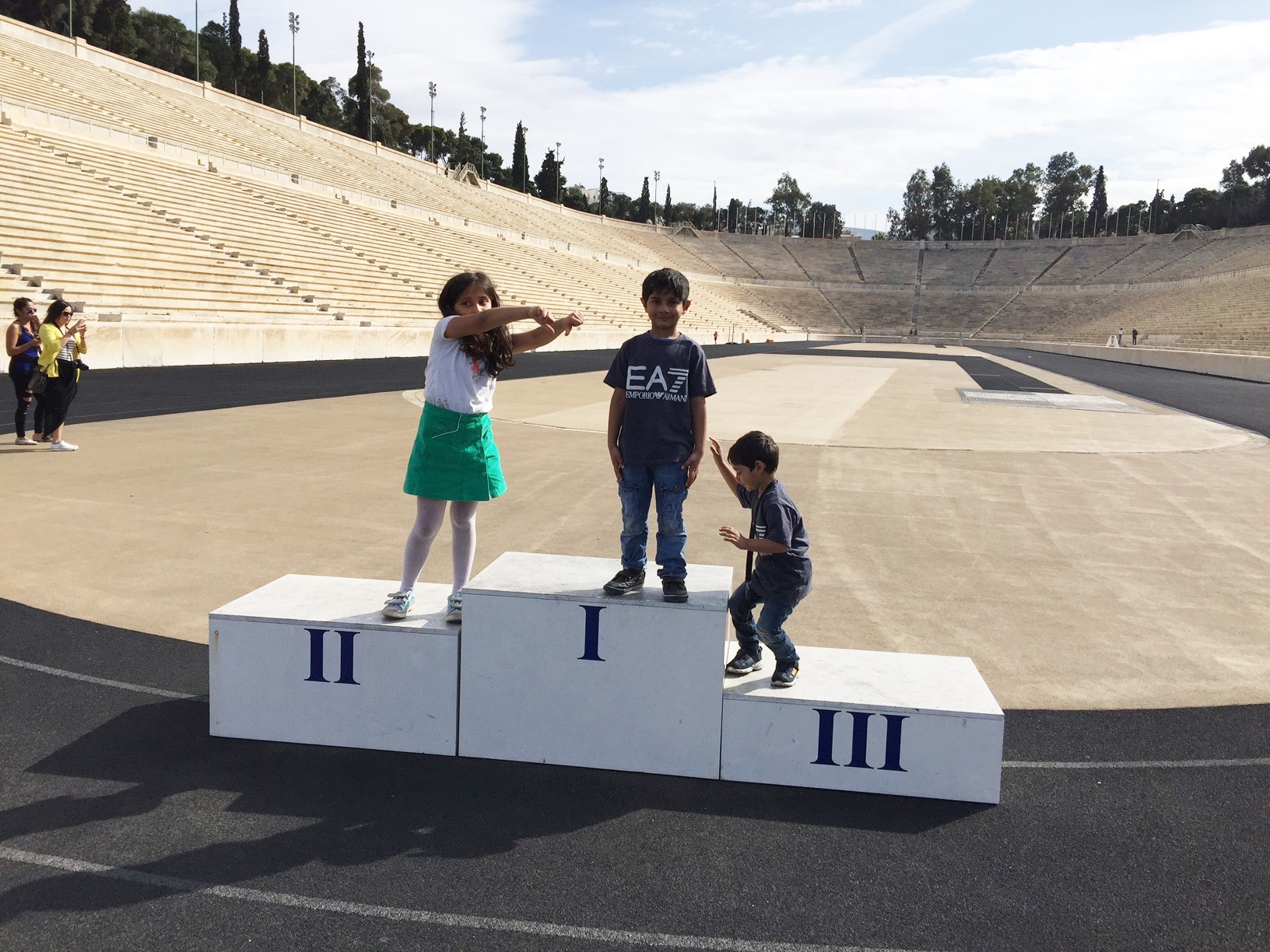 We loved the stadium but it is one of those experiences which will be as memorable as you make it.  If you go in and have a run or a race (possibly not the best idea if you have young competitive kids like I seem to have!), walk around, get into the spirit and remember that you are in the one of the most, stunning Olympic stadiums in the world you cannot help but be wowed.  You can take a selfie or a snap from outside but you would miss on an unique activity which was fantastic to share even with young children.  We loved it and would recommend that you add it to any itinerary to Athens.  The most time you will spend here is an hour but its a really great way to spend that time!