The top 5 hidden gems to visit in Italy 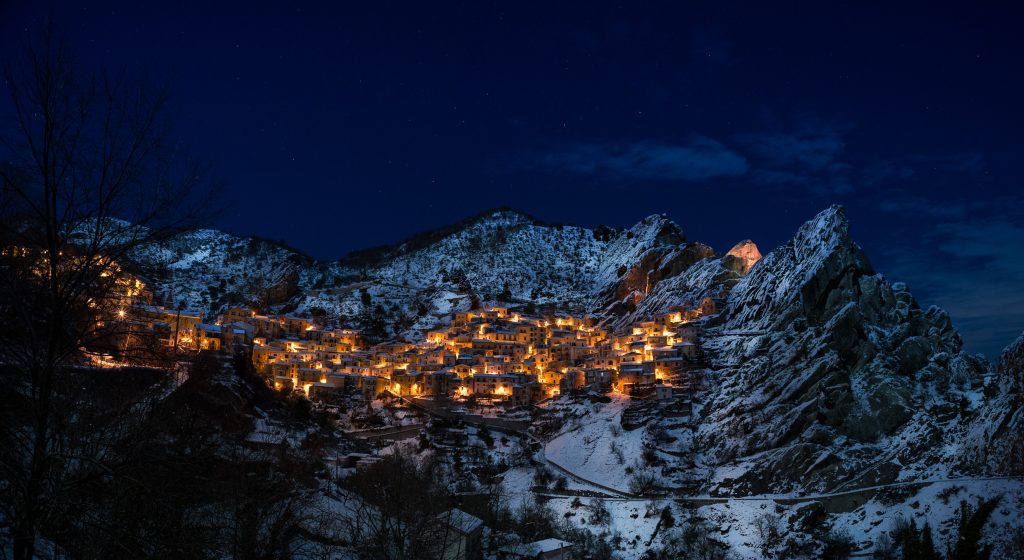 With around 50 million visitors a year, Italy ranks in the top 5 of the most visited countries in the world. However, we love to venture off the beaten path and showcase the hidden gemsnot yet explored by the masses. If you’re one of these people looking for a less well-known destination to escape the hordes of tourists on your next holiday to Italy, then it’s definitely worth considering one of these lesser known gems: 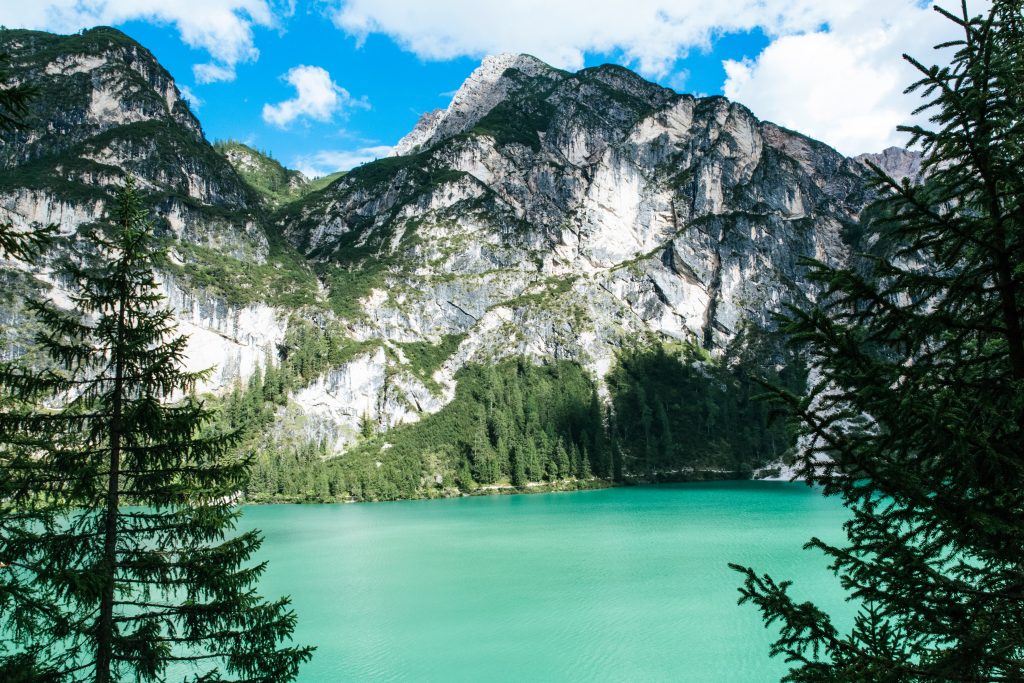 The Italian Lakes is an incredibly popular region of Italy, famed as it is for its stunning scenery. In fact, according to the Italian Office of National Statistics, Lombardy sits in third place behind Rome and Venice as the most visited destination in Italy so you may wonder why it’s featuring at all on this list of hidden gems. However, dig deeper into these statistics and you will find that most of those annual visitors are heading to Lake Como or Milan. Those looking for a quieter travel experience in this part of Italy should visit the less well-known Lake Maggiore. The second largest lake in Italy, it is just as beautiful as it’s neighbour Lake Como to the East and Lake Garda to the West, but it is far less busy. It’s mountains act as the backdrop to it’s beautiful clear lake waters. Stresa is the most bustling of it’s lakeside towns but, even here, holidaymakers will find it less crowded than the equivalent towns on the other lakes. Head to the Eastern shores around Luino and you will find a great base to explore the entirety of the lake without being surrounded by other tourists. Lake Maggiore is a great place to visit, particularly if you have a love of the outdoors and are looking for a holiday filled with sightseeing, walking, cycling, swimming and an array of other watersports. Towns to visit include Luino (which boasts the biggest weekly market in Europe), Cannero, Cannobio, Arona, Ascona, Locarno and Stresa. 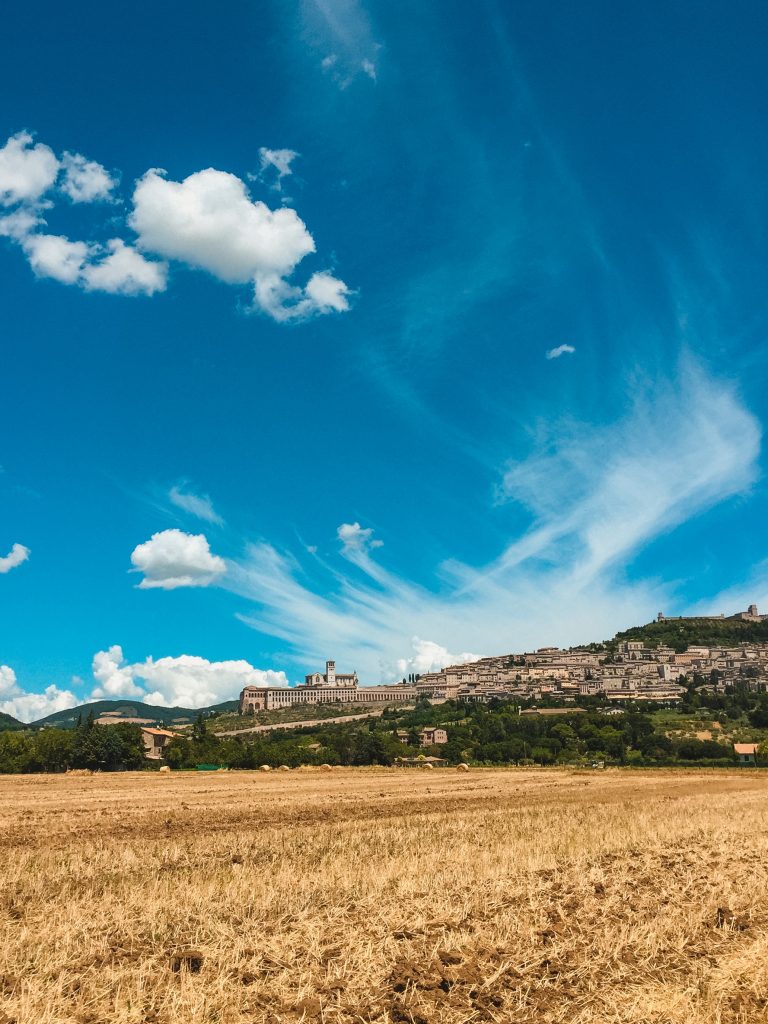 Whilst the Umbrian region borders Tuscany, it attracts a fraction of the visitors of it’s better known neighbour. It’s towns and cities are less well known, perhaps as the region doesn’t boast the arguably more spectacular architecture and sights of the big hitting cities such as Florence, Siena or even Pisa. And yet the region is just as beautiful and it’s hilltop towns and villages are just as worthy of a visit. The most popular towns in Umbria include Assisi, Orvieto and Todi. And certainly Assisi can attract the crowds in peak season but nothing to rival those seen in it’s equivalent in Tuscany. However, our favourite town in Umbria is Spello. Nestled halfway between Perugia and Spoleto, Spello has just as much to offer as the more well-known towns in Umbria but, for some reason, it has escaped the crowds of tourists traipsing up its cobbled streets. If you can, then definitely visit during the Infiorata in May and June or in the Summer months when the residents ensure that it’s narrow streets are filled with an explosion of colour from the many floral displays that the locals take pride in. Whilst there, don’t miss out on the chance to try some of it’s fantastic restaurants as well. Of particular note is Ristorante La Cantina but you can’t beat the setting of La Bastiglia at the top of the town.

Sitting to the East of Umbria, Le Marche is an incredibly beautiful region that has, for some reason, never managed to successfully tap into the mass tourist trade. Yet, in our opinion, it is precisely this that makes it such a great place to visit. It really is an unspoilt region of Italy. With its stunning natural beauty, it gives holidaymakers a taste of the ‘real’ Italy, genuinely unspoilt by mass tourism. It’s also home to much of Italian’s traditional craftsmanship, particularly it’s shoe-making tradition and visitors will be able to pick up some stunning fine Italian footwear as a practical souvenir to take home with them. Le Marche’s natural parks are ideal walking territory submersed in incredible beauty, whilst towns not to be missed include Ascoli Piceno, Urbino, Pesaro, Fermo and Macerata. With some great beach resorts on the Eastern coast of the region, it also offers visitors the chance to have some fun beside the seaside. And certainly if you can visit during the Summer months you’ll also be able to make the most of the region’s wonderful music festivals with an eclectic range of music on offer from Jazz and Blues to Opera.

Stretching from the foothills of the Appenines in the North of the region to the rolling hills and plains of the Valle d’Itria in its centre and all the way down to Santa Maria di Leuca at its Southernmost tip, Puglia is an incredibly varied region with a wealth of fascinating towns to explore, beautiful beaches and fascinating history. Puglia is very much the up and coming region of Italy however it’s still very much a place to be explored and discovered. Whilst Italy is always known for it’s exceptional food, Puglia is a region renowned more than most for it’s wonderful cuisine – known as cucina povera – but as well as this it boasts a stunning coastline and wonderfully exhuberant architecture. It’s most famous town – Alberobello – with the highest concentration of hobbit style houses in Italy known as ‘trulli’ (singular ‘trullo’) is probably the image that most people conjure up when they think of Puglia. And admittedly, Alberobello is packed with tourists during daylight hours but even here, once the sun has gone down, you’ll have the place much more to yourself. You won’t find the same crowds in any of the other main towns in Puglia. Those that should be top on your list to explore include Otranto, Polignano al Mare, Ostuni, Cisternino and Locorotondo but this is by no means an exhaustive list! 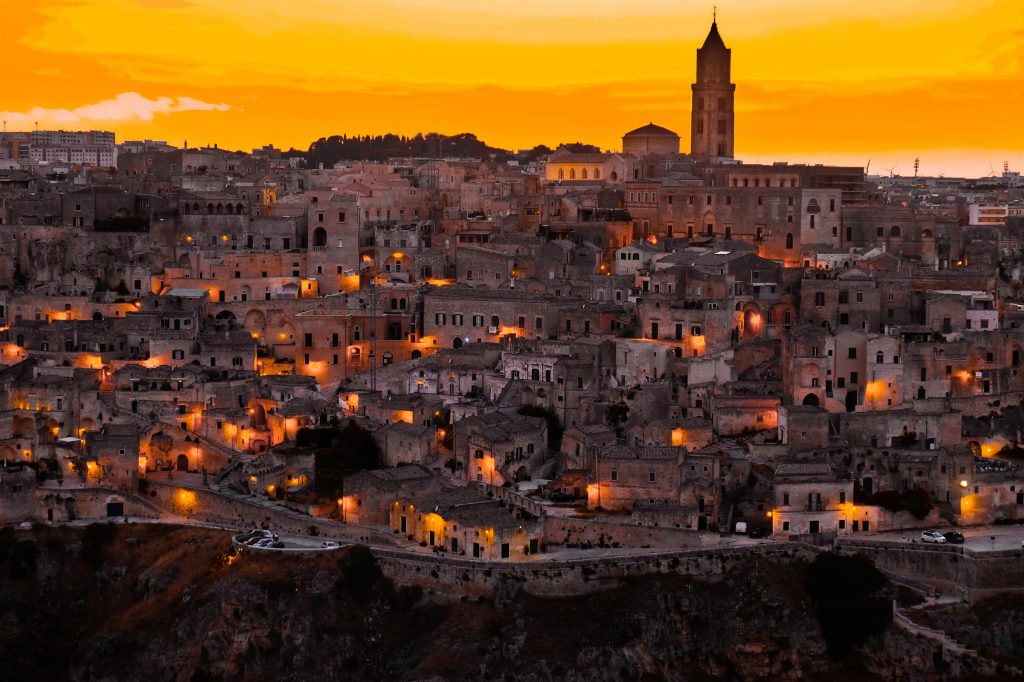 Twenty years ago, Matera would certainly never have featured on any tourist map of Italy. But now, thanks to the arrival of some excellent restaurants and boutique hotels, it has managed to find it’s way on to some people’s list of places to visit. That said, it has still hardly been discovered by tourists and remains unexplored by the masses. Situated in Basilicata which sits to the West of Puglia, those who have visited Matera often use Puglia as a base, choosing to make a day trip to marvel at this unique town in Italy. Without doubt, it’s a fascinating destination, thanks to its network of cave dwelling districts known as ‘sassi’. Matera was once described as a ‘national disgrace’ by the then Prime Minister, Alcide De Gasperi, due to the depth of the poverty and misery witnessed in what was then nothing more than slum dwellings. It was then abandoned for years, before investment and it’s designation as a UNESCO heritage site in 1993, put Matera back on the map. In contrast to their dark past, the Matera ‘sassi’ are now filled with life, home to hotels, restaurants, shops and bars. Those who think the town and area look familiar, the area first came to prominence following the filming of Mel Gibson’s ‘The Passion of Christ’ in 2004 when Matera doubled as a setting in Ancient Jerusalem. But be warned! The town is already fast growing in popularity, It’s not going to take long for this town to become a tourist trap so try and visit sooner rather than later, particularly as it will be 2019’s European Capital of Culture.

Thank you to Jo MacKay from Bookings For You for this fantastic post.  With over 350 apartments and villas in Italy to rent, Bookings For You offer an exceptional and personal level of service as well as a range of properties to suit every budget, group size and taste. Do get in touch with them today if you’d like some ideas on suitable accommodation for your next holiday in Italy.