Things to do In South Africa with children

A few months ago I met a blogger Sara from South Africa.  Sara is such a great advocate for South Africa, that it is now very high on my wishlist for 2016.  Something about the country has always appealed to me and it would be a real adventure holiday.  We have our first ever guest post on Five Adventurers from Sara who writes at In Africa and Beyond.  Sara is based in South Africa and writes a beautiful blog, you can follow her Twitter, Facebook and Instagram.  Do pop over to check out her great site 🙂

Things to do In South Africa with children

If your children are anything like mine then they’re probably addicted to their electronic gadgets. And you probably want to get them better acquainted with nature. Well you’ve come to the right place. South Africa is a wonderful destination for families with children. There is something for everyone and the weather is good almost all year round. 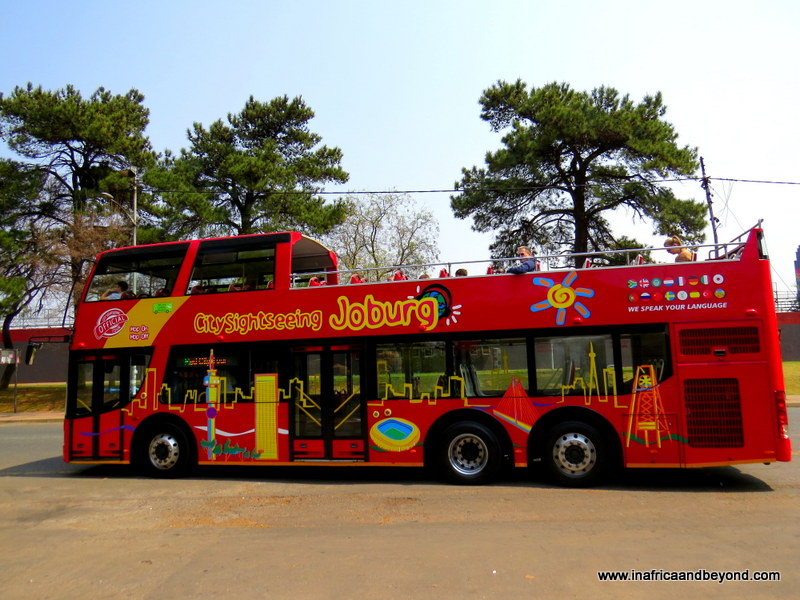 At the top of my list would be an African safari. South Africa is renowned for it’s abundance of wildlife and we have some of the best game reserves in the world where you can see majestic elephants, regal lions, endangered rhinos and if you’re lucky, a fierce leopard or cheetah – all in their natural environment. On one of our safari experiences, we saw a leopard kill an impala and on others we’ve had elephants and lions walking within a metre of where we were sitting. Thrilling – for the kids and the adults. There are national game reserves like Kruger National Park where you can hire a car and self-drive and there are private game reserves like Madikwe Game Reserve where you can have a more exclusive experience. The brave can also do walking safaris, in the company of an armed ranger. 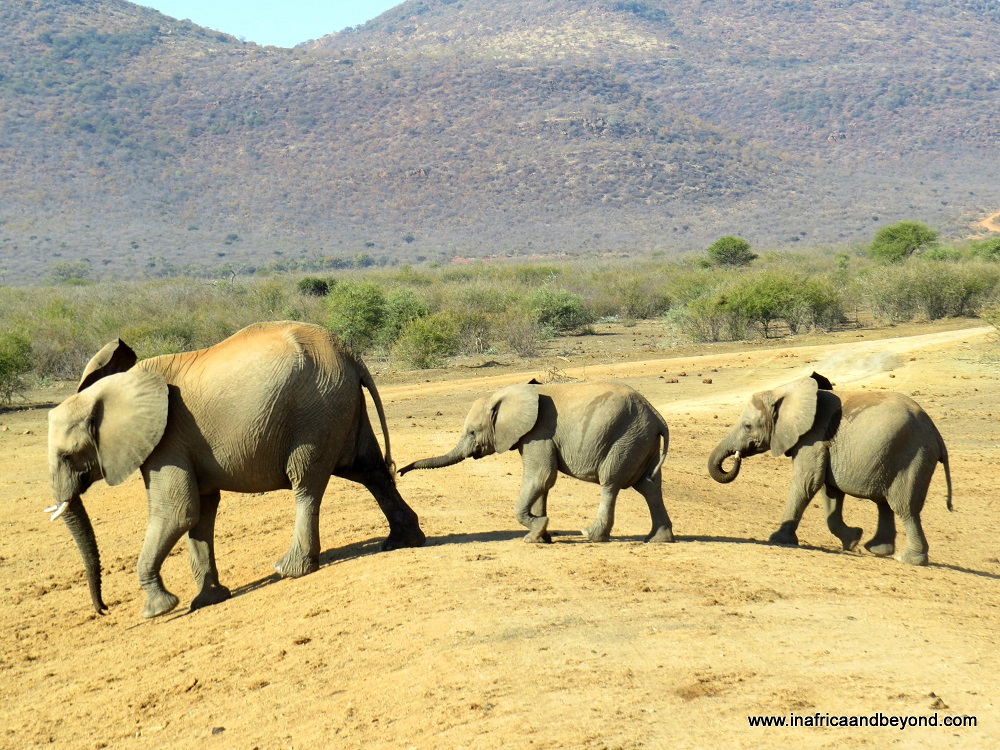 We have some beautiful beaches in our coastal provinces, where kids can swim, play on the beach and indulge in water sports. The waters on the Indian Ocean side are warm while the waters on the Atlantic side are cold. You can even visit the point where the two oceans meet, Cape Agulhas. Another great beach for children is Boulders Beach in Cape Town which is inhabited by endangered African penguins. Children from all over this world enjoy this beach where they can swim with the penguins. There are other beaches where you can see dolphins, whales and sharks in the sea, if you’re lucky. 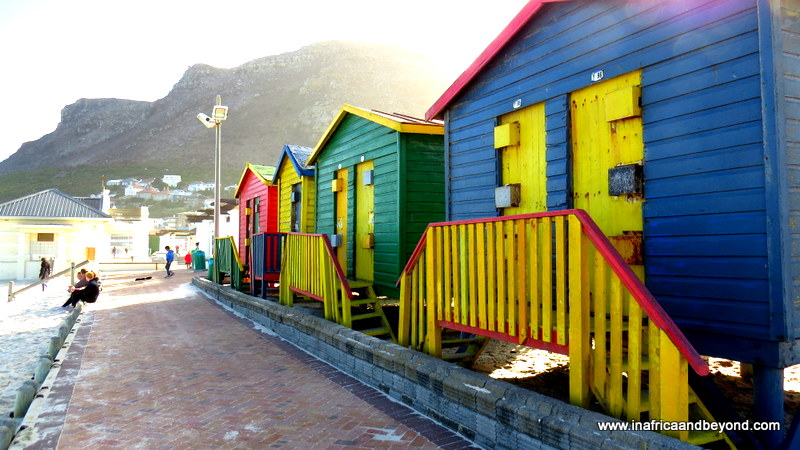 We’ve got great mountains for hiking, zip lining and exploring caves. Older kids love this. We also have the world-famous Table Mountain which is one of the seven natural wonders of the world. It has a flat top and when the clouds cover it, it looks like there is a tablecloth over it. You can ride up to the top of the mountain in a rotating cable car. Once you’re on top of the mountain, you can get awesome views of Cape Town. Celebrities such as Queen Elizabeth II, Oprah Winfrey, Margaret Thatcher, Michael Schumacher, and Jackie Chan have all visited Table Mountain. 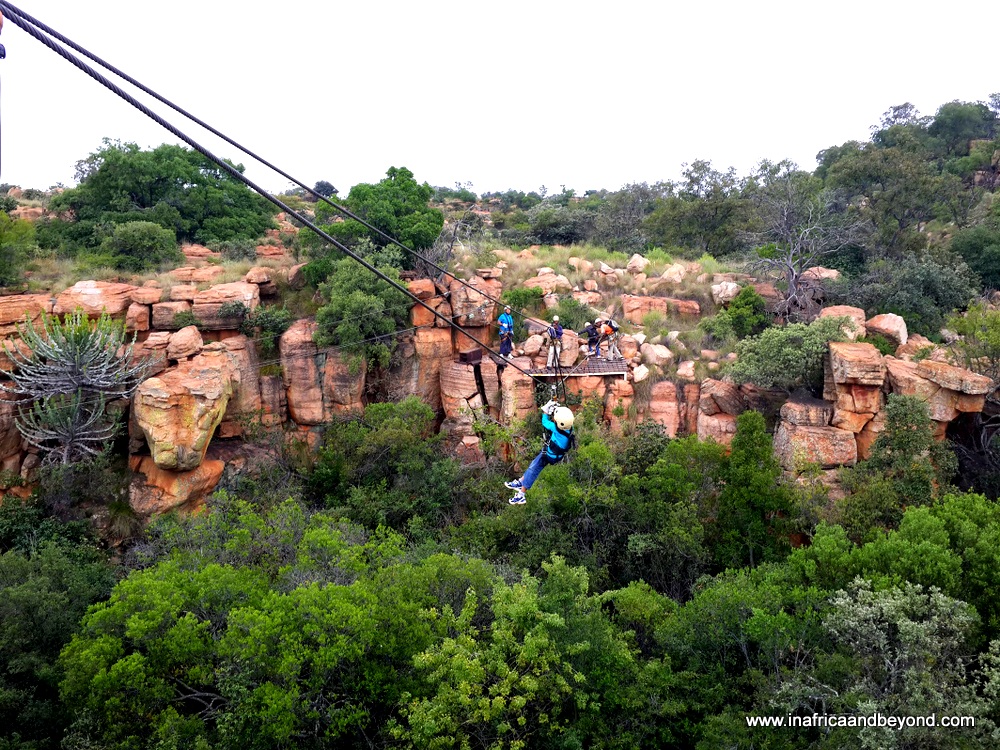 There are many places in South Africa where you can have personal interactions with animals including feeding an elephant or giraffe and patting lion cubs however the ethical aspect of these encounters is being debated. Nonetheless there are animal rehabilitation centres that take care of injured animals where ethical wildlife encounters can be enjoyed. One such place is the Hoedspruit Endangered Species Centre.

The Cradle of Humankind is a World Heritage Site where about 1000 fossils of pre-humans have been discovered, dating back to millions of years. Here the kids can go on a thrilling underground boat ride back in time through the various stages of Earth’s creation. They can also explore the Sterkfontein Caves, the ancient dolomite caves where the fossils were found.

All kids love theme parks. South Africa’s most famous theme park is Gold Reef City in Johannesburg which is built around an authentic 19th century gold mine.  The Tower of Terror rides drops 50 metres at a speed of 100km p/h straight into an open mine shaft. I’m too scared to go on it but my kids love it. Besides the thrilling rides catering for all ages, the kids can go on an underground mine tour, see how gold is made and take a tour of the old miner’s houses. Another popular theme park is Ratanga Junction in Cape Town. We also have a marine park in Durban called Ushaka Marine World which has fun water rides, and an oceanarium. 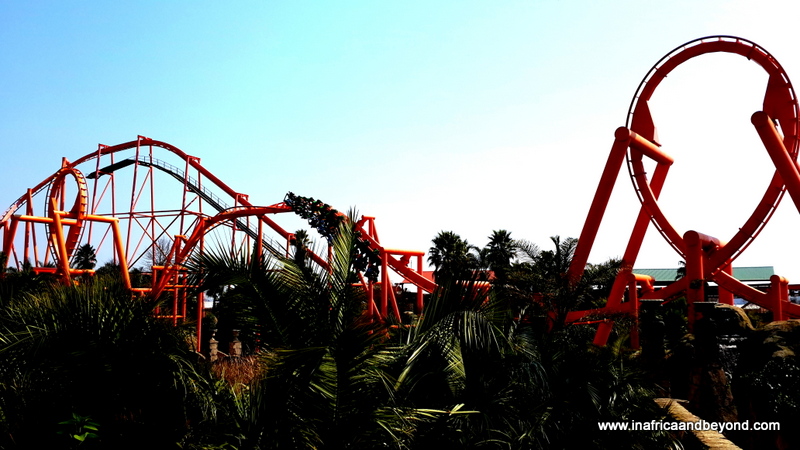 As you can see there is a lot for kids to do here so get your children better acquainted with the outdoors – bring them to South Africa.