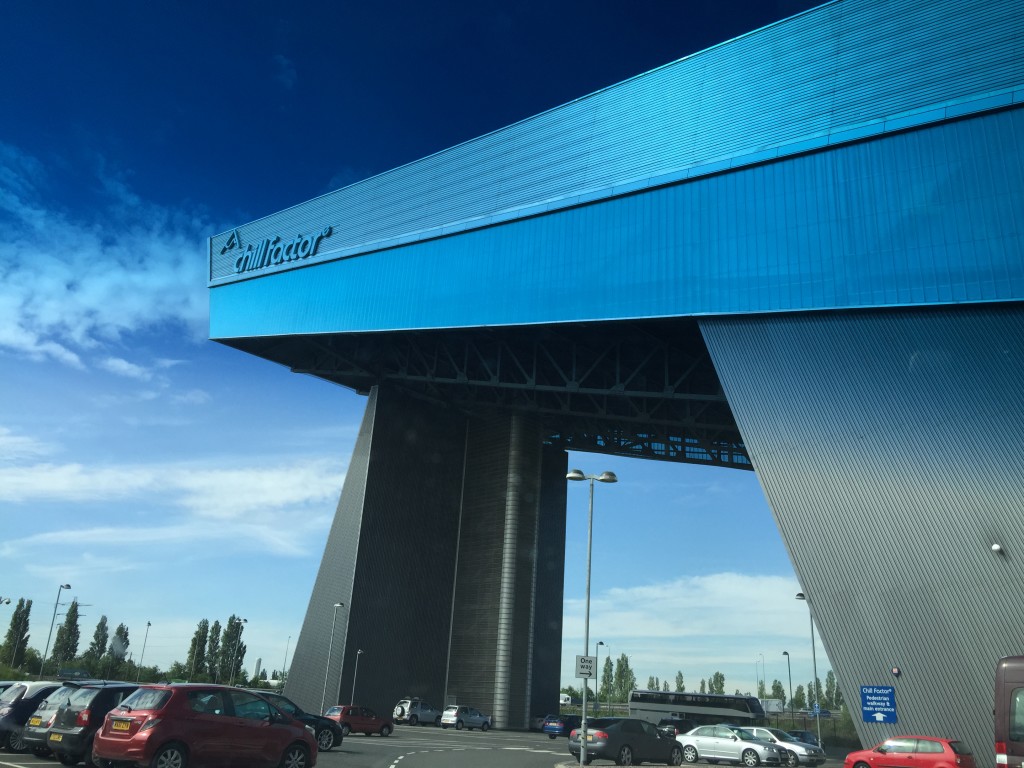 Snow, Santa and sledging are often the things that spring to mind when you think of Christmas. With all the events that are on offer around the festive period, a mixture of the three would be my ideal choice for some festive family fun and Chill Factore has all three in abundance. We were invited by Chill Factore to experience meeting Santa in the snow followed by an hour of fun in the snow park. This would be our third visit to Chill Factore but our first in the snow park, so couldn’t wait to give this a try. 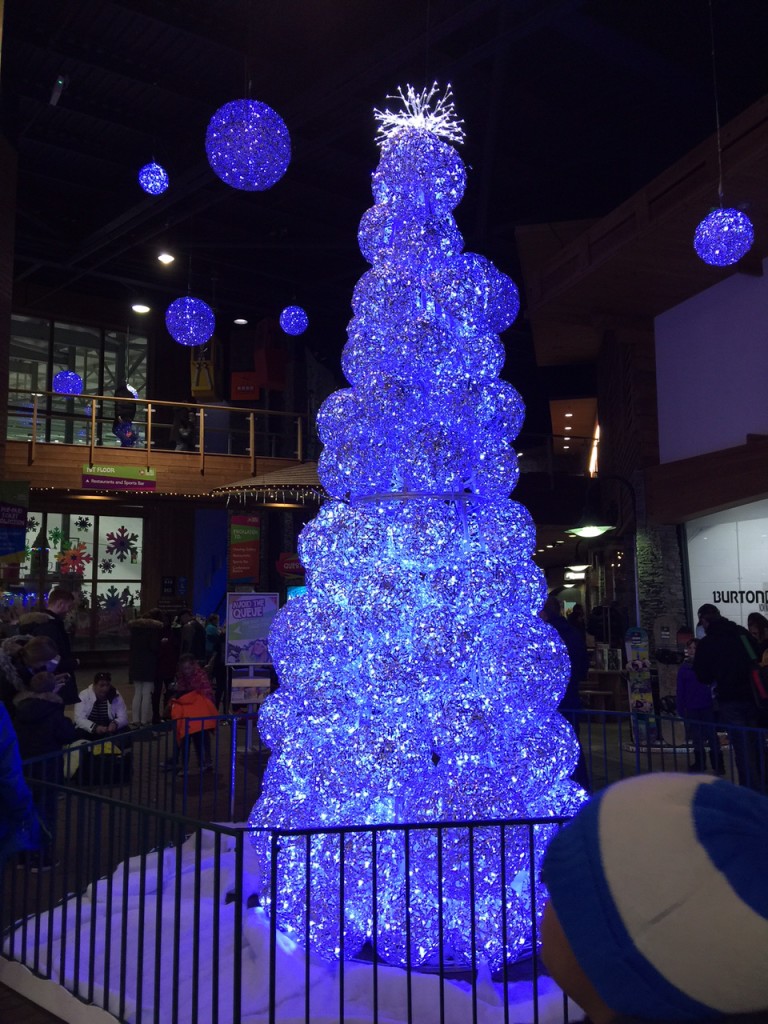 We visited Chill Factore on a Saturday afternoon and it was a hive of activity. It seemed really busy so I was worried that it may not be as enjoyable as I had hoped, with lots of queueing up and waiting around for ages. I needn’t have worried as despite the fact it was very busy, I was really impressed with how quickly things were turned around, whether it be for the clothes collection, meeting Santa or the rides in the snow park.  The make up of our group was slightly different to our usual adventures as we had Maya plus my nephews aged 9, 17 and my 20 year old niece along for the day. 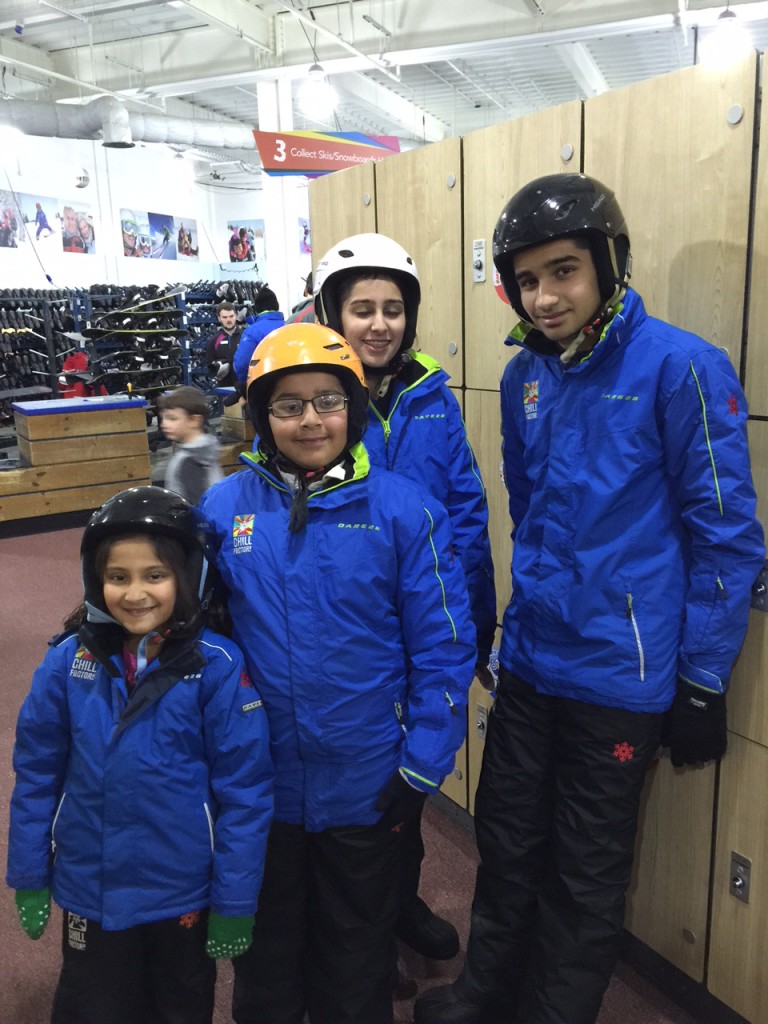 Having older siblings / relatives along for this part of the outing is always hard as you think it will be something that they are not going to enjoy.  However, I was totally impressed and loved the Santa. You are led out into the snow by an elf to meet Santa in a little hut.  I loved this part as it made the trip a little more magical seeing Santa in real snow. The Santa looked like the real Santa too, real beard, deep red outfit and super jolly. The room is tastefully decorated with children’s drawings, presents and was roasting hot especially with all of our ski gear on! we were never rushed and the Santa spent so long with us, we were in there for 15-20 minutes and he was having a good laugh and joke with each and everyone of us. I loved the tongue and cheek humour with the older children and it was definitely one of the best Santa experiences we have been to.  Maya was totally in awe of Santa and her eyes were sparkling with true magic.  I can imagine it being even more magical for younger children.

I wasn’t sure what to expect with the snow park and how appealing it would be to the age range that we had. However after the hour, the boys and Maya reluctantly left after having so much fun, zipping down the slopes on the various things. We arrived on the snow for the snow park at 2 and we were there with a few parties. I could see the queues building and was worried that we would be spending the majority of times in various queue. However, all credit to Chill Factore they had a great turnaround time and the children could easily go on everything after a few minutes wait.

The snow park consists of 4 separate rides that you can do, there is a slope for sledging, the luge for all children, the slip n slide for children over 6 years old and the doughnuts. I initially thought the the kids would be bored but they found each different ride fun in very different ways.

The sledging was definitely the most popular. It was great to see lots of old fashioned fun. Running up a slope and sledging down, seeing the kids laugh and smile as they perfected sledging without falling off, racing to see who was fastest.  As someone who tries to ignite some old fashioned fun in children this was really lovely to watch. Just goes to prove that remove technology from children,  old fashioned fun is just as enjoyable ans anything that can be found in electronics. 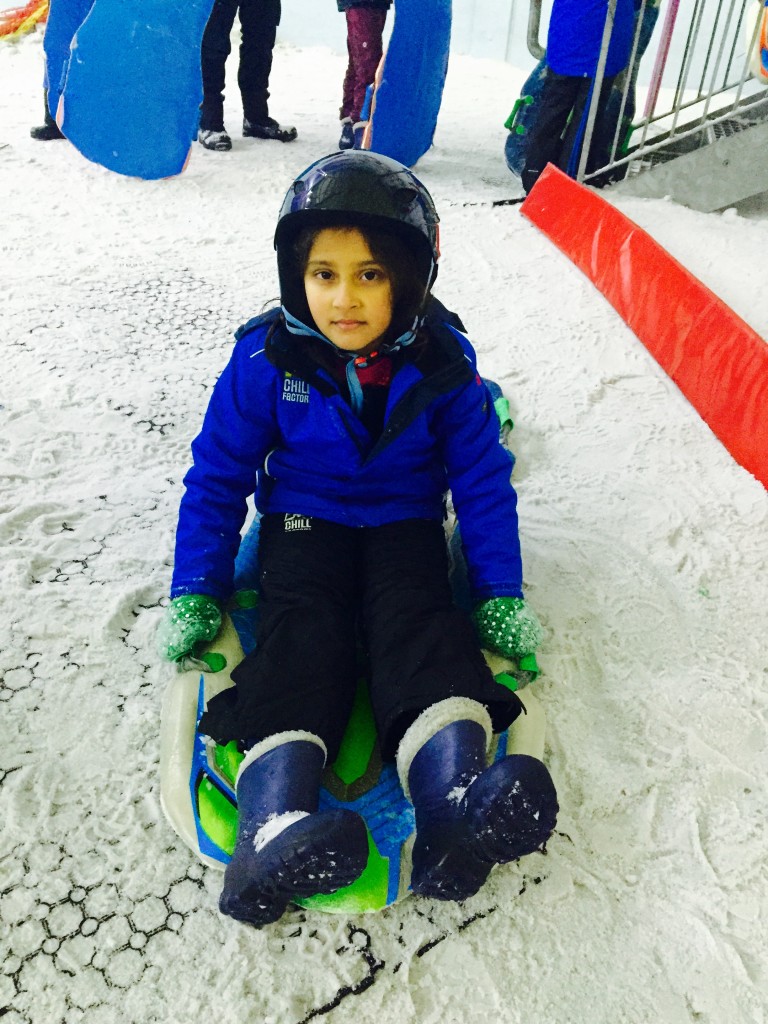 The luge I think was a little overlooked. People seemed to move from the sledging straight to the big ice slide and there was hardly anyone on this. This was Maya’s favourite. It wasn’t as scary as the slip n slide and was much more like a normal slide.  Even though it looks narrow, I saw people of all ages zipping down and  its perfect for the younger ones especially if they think they are missing out of the ice slide. 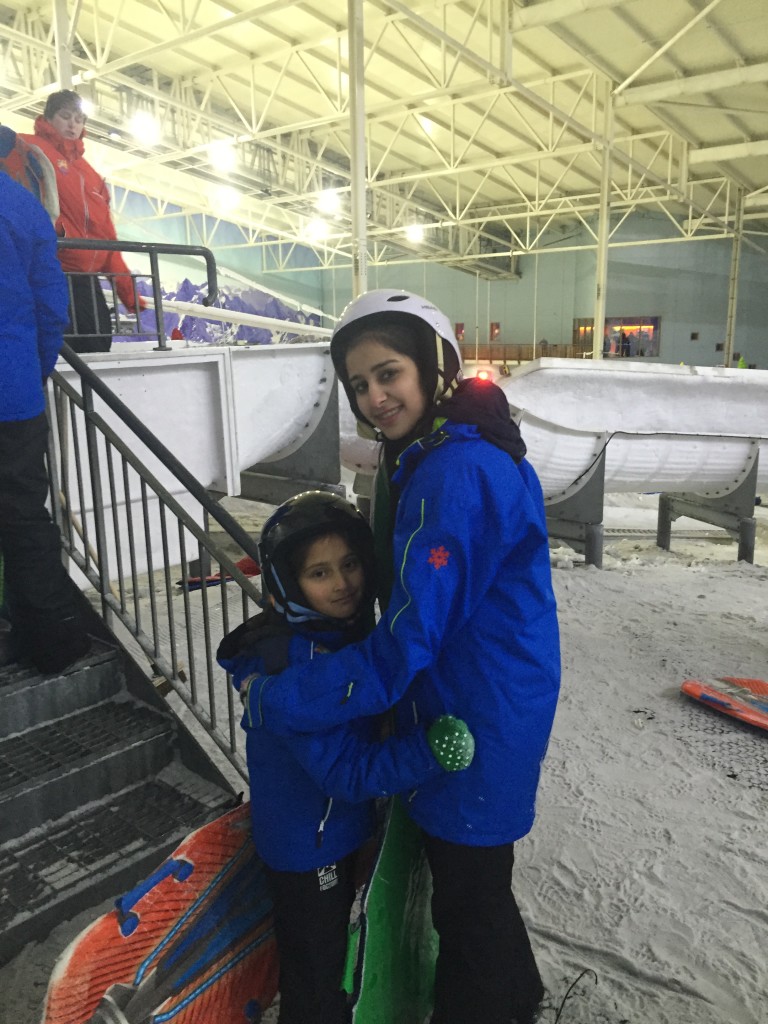 The slip n slide was great. As the video of my nephew on our facebook page will show, it is deceptively fast and reminds me of the films “cool runnings” well without the bob-sleigh. With the age restriction on this, I can imagine quite a few tears here if you have mixed aged children.

The doughnuts were extremely popular especially the joined doughnuts.  We tried the double doughnut but it went down super slowly.  The doughnuts are huge to lug around so you will need to help younger children with these. 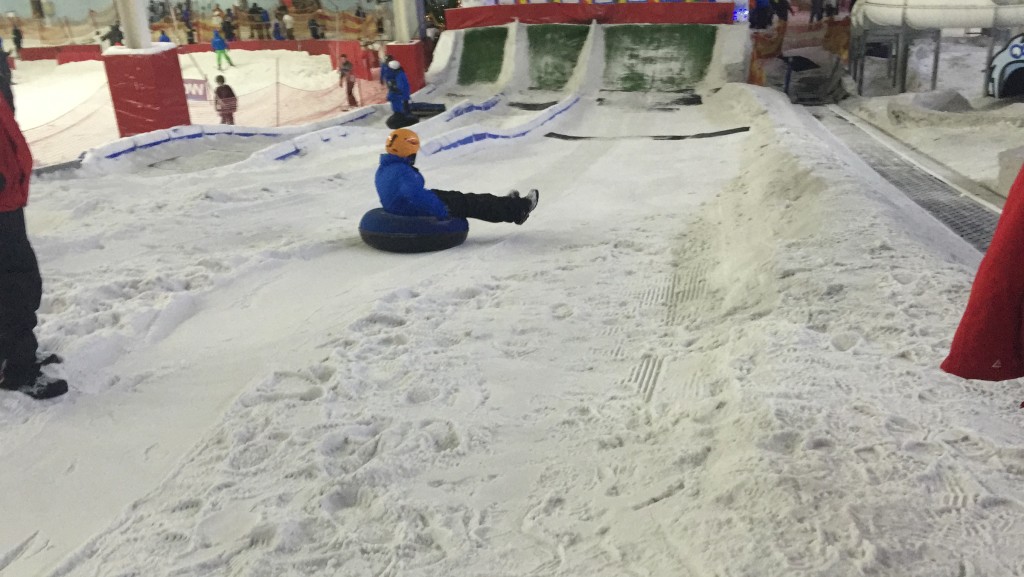 Overall, we had a wonderful day out. As we left the snow the adventurers were brimming with smiles whether laughing about the Santa and his fab jokes, who was the fastest on the sledges or playing in the snow, it really was a great day out. If you have younger children, Chill Factore also have the mini moose land which is perfect for toddlers to have a play in the snow, there is a few slides, mazes, play house and a small slope to try sledging or doughnuts.

As families are seeking festive days out, I would wholeheartedly recommend this as one of the best festive days we have done. Visiting Santa in the snow was great and I can imagine the younger children being wowed by this especially when it is combined with some time at the snow in Chill Factore.

The snow park is definitely an activity I would recommend to families and think it is something that can be enjoyed by all ages!  We went with such a varied age rage and every single one of them loved it!

We received the tickets from Chill Factore but the views are our own.

Tags: chill factore; christmas days out; manchester; things to do with children;