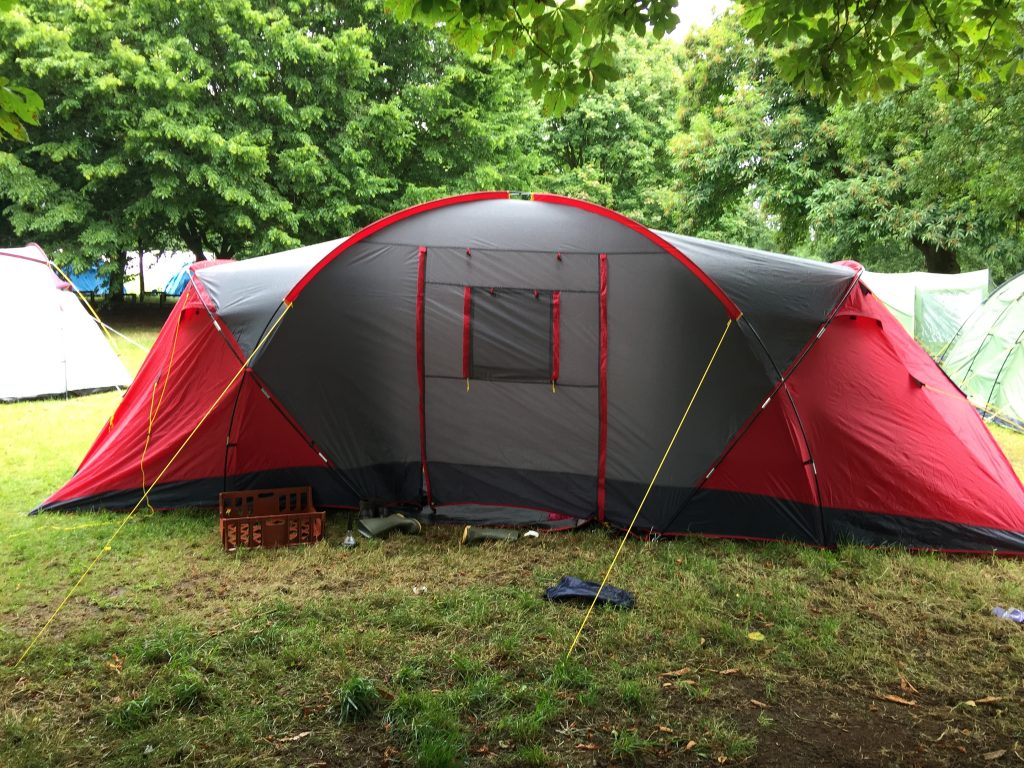 The tent was a lot lighter than the other Regatta tent which the girls had and we could easily carry it from the car park to where we were camping.  However, even though the setup time was relatively quickly about 20 minutes we really struggled in setting it up as the shape of the tent was really different to that of normal tents.  The two end parts of the tents were crossed and were quite fiddly putting them together.  However, the tent had a sewn in strips which helped size and frame the outline of the base of the tent area.  As this was our first time setting up the tent, this was a really good way of knowing what the area of the tent should be.

One other aspect of the tent which was both good and bad was that there was no sewn-in groundsheet for the entire tent.  This meant for putting the tent away it was so easy as it much easier to fold and put away into the tent bag but it meant that we really struggled to make the tent watertight from the ground.  With hindsight, we would have been better to have put down a footprint for the tent first to ensure that the entire tent remained watertight and protected.  However, a good aspect of having a detachable groundsheet is that when you are trying to dry off the tent before putting it away it is much easier to do when the tents are in separate pieces.  The other tents all had sewn in groundsheets and we saw people struggling with their attempts to drying both sides. 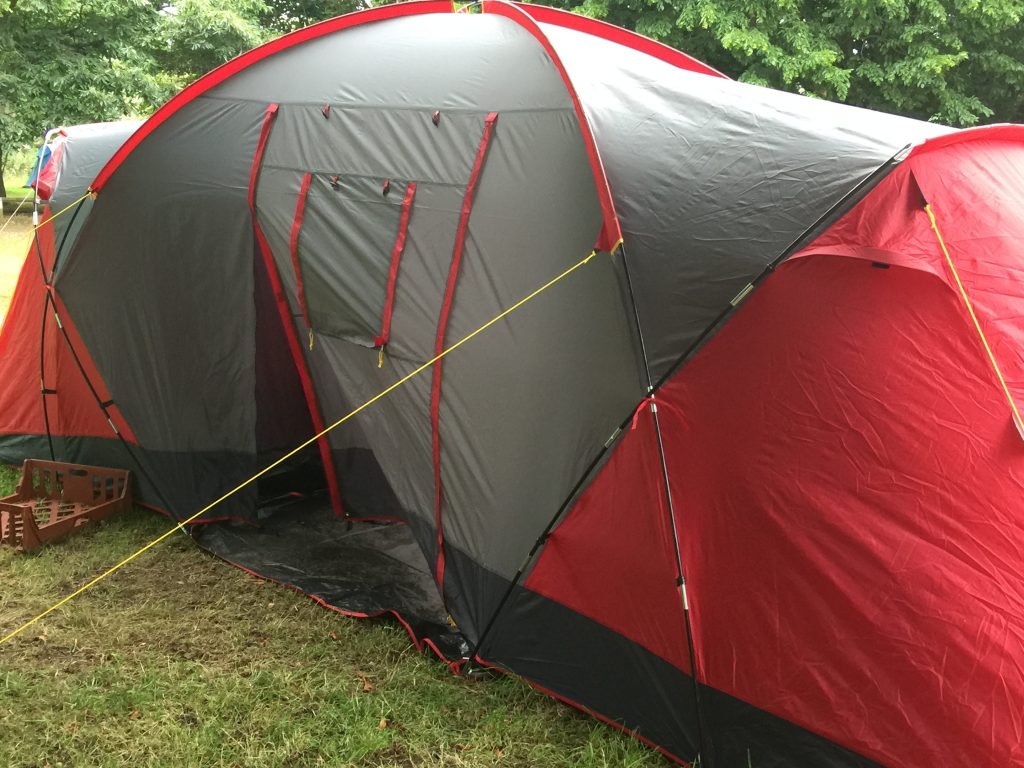 There was only 4 of us in the tent but we really struggled to sleep in the areas and unlike some of the other tents, we were unable to remove the inner compartments and make the tent into one big sleeping area.  The height of the tent was good even for our tallest scout at nearly 6 foot, we were able to stand up in all areas.

Things to be aware of

Overall the tent is definitely one of the unique ones on the market and the from the hundreds at the Jamboree it was the most distinct and unusual.  The packing away time is a definite bonus as we saw the rest of the group struggle for a long time with their tents trying to dry them out and put them away whereas we didn’t struggle at all.  More information about the tent can be found here.