Day 12 of our Round the World Adventure and today’s adventures entailed a visit to the Abu Dhabi Falcon hospital and Yas Beach.  Read on below to see how we found them both. 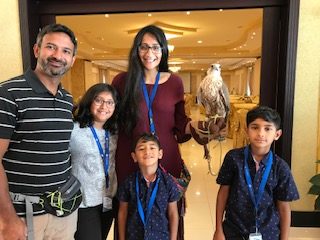 These updates were supposed to be happening on a daily basis. I will go back and update the others from today.  But we have finally managed to have a quieter day and start to make headway on the more administrative side of our trip.

We are in Abu Dhabi which is such a contrast to the rush and hectic lifestyle that Dubai seems to bring from every corner and activity. I loved how alive and happening Dubai was but with children after 6 days it was a welcome break to arrive in Abu Dhabi.

Not only is the pace slower in Abu Dhabi but the area feels so much calmer, more relaxed and quieter in numbers.  Again those travelling with younger children may enjoy Abu Dhabi as a much more suitable option for a UAE break.

We are Worldschooling the little Adventurers so part of our activities and experiences we hope to bring some educational aspects to our travel.  I had heard of the falcon hospital and it looked fabulous so we booked it and hoped it would bring some additional learning for the children.

What is the Falcon Hospital? 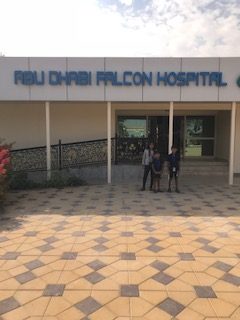 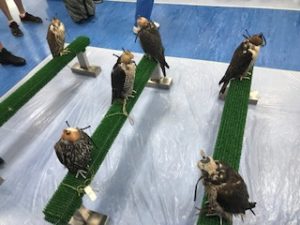 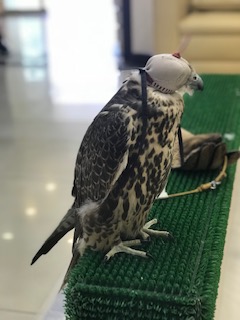 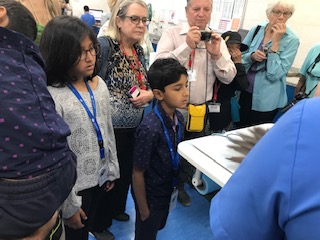 Located in Abu Dhabi you will find the leading institution for falconry medical care, the Abu Dhabi Falcon hospital.  The hospital is a fully functioning hospital but also runs tours daily.  Even though it isn’t the cheapest activity it was probably the most unique of any animal encounter that I could see.

We arrived at 9:50 and the tour we were joining had already started which was a bit of a shame as we felt that we intruding even though the tour was supposed to star at 10am. The groups are quite large, there is about 30 people and majority of them were adults (we were the only family with children).

The tour starts with a introduction from the tour guide and he was really funny, very captivating and knowledgeable about the falcons.  You learn lots of interesting facts (some of which I have shared below!) but after 10-15 minutes the little Adventurers were a little bored and the tour is definitely more geared to adults and older children and teens.

The tour then moves onto the hospital ward and it’s an actual day care, where falcons are left for a number of routine check ups and procedure and it’s really interesting to see all the animals there and appreciate their beauty.  During this part of the tour you are shown a small procedure on one of the falcons by the vet and it’s really interesting to see it in practice. For Zayn at 5, he was too small to see the bird and so lost interest but the others enjoyed seeing it work and it was weird that the same anaesthetic that is used on humans is also used on the birds to put them to sleep before the procedure.  I thought this part of the tour was great and the vet was really great at showing the anatomy of the birds (from having teeth in their beak.. to the nostrils etc) and it was a part that really got the interest of my little Adventurers.  It was really cool to see the operation wards for the falcons including X-ray machines and an ICU ward.

One part which really interested me was the feathers on the birds.  Even if one feather is damaged or broken, it can impact on the birds ability to fly.  So the vet showed us how they mend broken feathers. During the birds moulting, the hospital collect all the feathers for procedures like these and you mend them using similar techniques to hair extensions.  It was surreal when the vert produced a sewing kit and superglue and informed the group that these were used to mend the feathers.

The tour continues for another 30 minutes culminating in visitors being able to hold the birds which was a highlight for everyone. 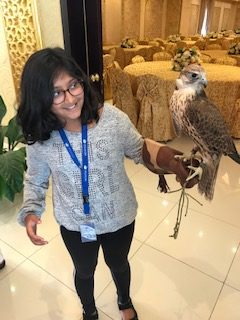 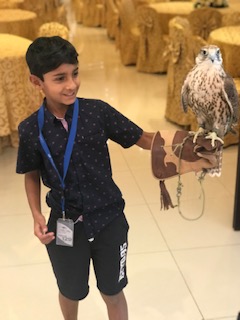 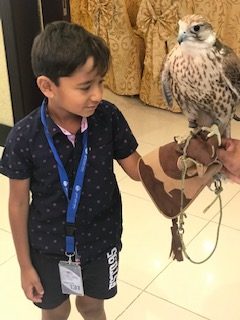 Fun facts that we learnt about Falcons today (as retold by my little adventurers):

So would I recommend it?

Based on the facts that my little adventurers remembered above, I would say it is worth it… schooling is more than just writing and maths.  For families with older children and adults only I think it’s a really interesting tour. For geeks like Doc he was really in his element. For younger children especially those under 8, I think they will get a little bored and you will spend lots of your time trying to entertain them.  From our day, the little Adventurers did learn lots of information about falcons so it was really cool way to worldschool 🙂

An afternoon in Yas Beach 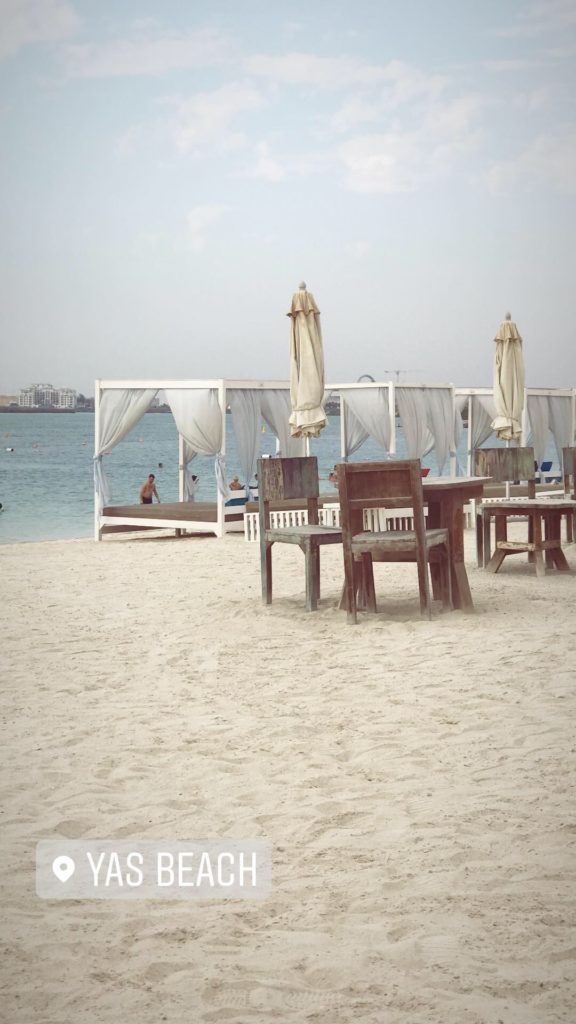 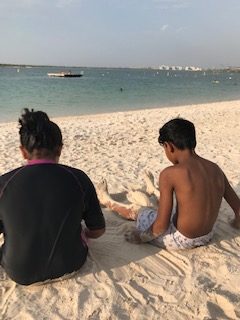 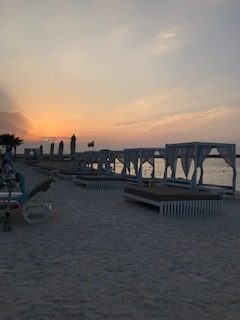 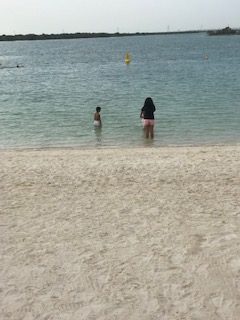 We are staying on Yas Island and part of the room deal includes entrance to Yas Beach.  The beach is located 10 minutes from the main hotels on the island and we did the walk at 4pm without much issue with the heat.  If you are not staying on the island there is a charge 60 AED during the week and 120 AED for everyone over 12.  Children are free with paying adults.

Yas Island is lovely, it’s very quiet, clean and even the water depth is shallow so Zayn at 5 could swim further out and still stand. One thing I don’t like is that the beach have a ban on outside food and drinks. Restrictions like these always put a dampener on my mood.. especially when you only find this out once you arrive at the destination and then you have to throw everything away!

But regardless the little Adventurers loved the few hours we were there. It was really relaxed and a great way to unwind.  The sand isn’t really the type which you can play with but they enjoyed picking shells and the sea was lovely.  We watched the sunset before heading to Yas Mall for dinner (the prices on the beach were a little out of our rtw budget for dinner)

Hope you enjoyed our first diary entry.  Let me know what you think in the comments below and what other information you would like me to add or keep out.