Manners, a thing of the past?

Over the last few weeks I have noticed a general downturn in manners.  These aren’t just with children but with adults too and it made me wonder, what was always considered to be a basic british trait, is it now a thing of the past?

In the play ground recently, I was pushing Zayn on the swings and a little girl, (about 3/4) nearly walked into the child on the next swing.  I managed to stop her from getting hurt. The little girl looked at me and carried on. I looked around for the parents and saw them watching.  There was no recognition that someone had helped their child from being hurt, they just turned away and carried on talking.

Raihan was waiting for his turn in a queue to feed the lambs at an event, other parents were just pushing their children in left, right and centre.  Has no one heard of lining up anymore and waiting your turn?

These are two examples that happened in the last few weeks but this issue has irked me for some time and I think it really needs to be addressed.  Having traveled across a number of countries, manners/politness is often one thing that I really pick up on.  I think we need to focus on this with our children.

So I have decided to make a list of manners that I want my little adventurers to have.  They aren’t that complex or cumbersome that you feel that you are fighting a battle but just basic manners that all children (and adults) should have.  Plus, the sooner you make this a part of who they are, it’s just a way of life for them.

Say please and thank you

I think it’s imperative that these are drummed in from a young age. Not only is it polite but these simple words help to make the person helping feel appreciated. As the children get older the focus on why these are said as an acknowledgement that someone has done something to help you.  In addition, before asking for something, saying a simple please goes a long way.

I think an important aspect of this is to get the children to always say thank you after someone has done something nice for them, whether it was an invitation to a party, going around to someones house or receiving a present.  maya is now able to write properly so we intend to get her to write out thank you cards for her birthday party.  It doesn’t have to be anything cumbersome but my little adventurers at the moment like to send thank you message via voice calls.  I think these little gestures are fantastic and really help to make someone feel appreciated.

Saying no, thank you

I want my children to know that its ok to say no.  In some situations, saying no will not have the desired effect (ie. not eating vegetables) but in most situations, when you turn someones offer down, it will usually be respected.  But by adding a few simple words, you can say no, in a politer manner 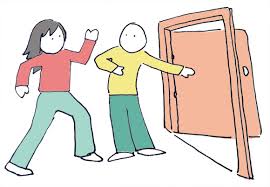 Always holding the door open for others

Chivalry is a fantastic trait but I want my adventurers to do this for everyone. Not just holding doors open for ladies or elderly people (though that’s lovely too) but doors should be held open for everyone following you.  As you walk through the door, just a quick look around to see if anyone is following and if so, just hold the door open.

If you have nothing nice to say, don’t say anything at all

This is my mantra.  I think as a nation we have become very quick in providing our opinions on most things without often thinking if it is hurtful/unkind or if its is necessary. I’m all for constructive criticism but there’s a time and place for it.  I was brought up with this idea and i think if we all followed it, the world be a much nicer place.

Treat others how you want to be treated

This links into the above and I am not sure if its a manner / or just common sense politeness  but its an imperative principle that everyone should be brought up with.  This simple principle if followed would eradicate most of the world’s problems.  I think if we teach our children to be empathetic to other people’s feelings and needs, we will hopefully lead to nurturing the next generation of caring, well rounded adults.

Never interrupt, wait until you are spoken to.

This is a pet peeve of mine.  As much as I adore my little adventurers and the words that they want to share with me, waiting until you are spoken to and letting someone else finish their sentence are important virtues that children (and some adults) should have.  Maya learnt to interrupt me by saying “excuse me mummy…’ and then would just interrupt.  I mean its the politest way to interrupt but still…. 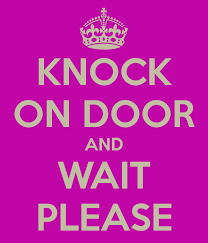 knock before you enter a room

This is such a simple thing to teach our children and I think is really useful.  Most people won’t mind you entering the room but the knock and pre warning people of your impending arrival can provide those vital seconds the people inside the room need (before anyone takes any rude connotations from this statement, i have been hiding toys etc from the children often but they just walk in to the room!).  Also, i think this is really important when your children visit other peoples homes. 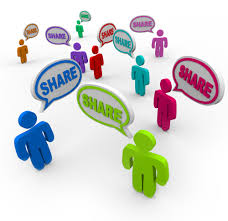 I want my little adventurers to be helpful, kind and generous in everything they do.  If they decide to go and get something for themselves, I would want them to ask everyone else in the room if they would like it too.  I expect my children, if they have anything, to offer to share the with others in the room (within the limits of hygiene).  Sharing something can be a great way of making friends, ice breakers and help make amends with people you may have upset.  Doc is always my friend again after I share my chocolate with him

Leave things how you found them

I have had lots of friends/family members come around and play with the children.  After playing with the things, it really annoys me when the parents then just say, ok kids time to leave.  I want my children to learn that you tidy after yourselves.  Someone has been kind enough to let you into their home, and the least we can do is to try and leave their homes to a similar state as that we found it in.

If you have a guest, be kind and generous to them

Our little adventurers have been blessed with many relatives and friends and we love to have them around.  I try to teach the children that they should always go out of their war

Include everyone in all your games

Playground politics are horrible and if you are a child on the outside, its one of the most awful experiences that you can have.  I want my children to learn its good manners to include everyone, especially if threre is someone who is looking on and no one is asking them to join in and play. 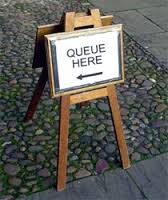 Learning to wait until its your turn and not pushing in

It is often hard to explain the concept of waiting for your turn and queuing especially in circumstances where people  are pushing in front of you.  But following the principle of “an eye for an eye, leaves the whole world blind”.  So teaching your children to wait and have some patience hopefully will mean that we have a more considerate and polite next generation.